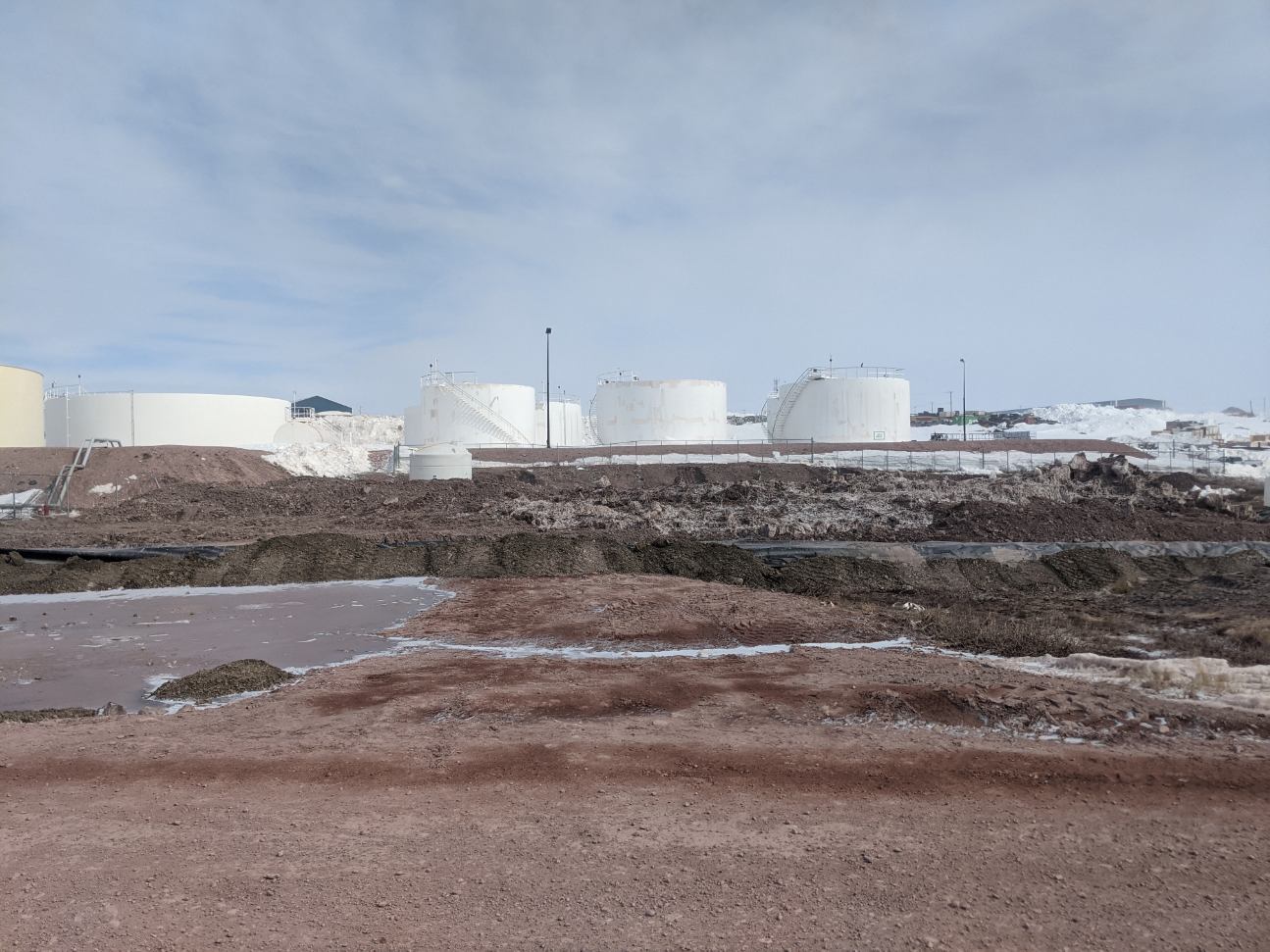 Leaky valves that caused a fuel spill at Baker Lake’s fuel tank farm has been repaired, says the territorial government. (Photo courtesy of the Government of Nunavut)

Two leaky valves that caused a gasoline spill at Baker Lake’s tank farm this spring have been replaced and cleanup of the site is “progressing well,” the Department of Community and Government Services says.

Its environmental response team determined a supply drain valve on Tank 5 and the main valve on Tank 2 had leaks, according to an update prepared by the Petroleum Product Division director, Nathaniel Hutchinson.

The GN provided an update to Baker Lake residents in a news release issued Tuesday.

On April 22, the government reported 10,000 litres of gasoline had spilled from the tanks — enough gas to fill the gas tanks of approximately 200 passenger vehicles — prompting a cleanup and investigation.

Eight of the tank farm’s nine fuel tanks have passed inspection and been re-certified, while repairs on the remaining tank are to be completed in the coming days, the update states. None of the tanks was found to be leaking.

The environmental response team’s work to remediate the site is expected to be complete in the fall. Monitoring is to continue into 2023. So far, the liner of the berms that surround the tank farm have been repaired to ensure a future spill could be contained and a wall to stop the movement of hydrocarbons is in place.

The team is still removing and treating soil and water that was contaminated as a result of the spill. Agnico Eagle Mines Limited is helping by taking several tankers of water to its site for treatment and providing machinery and liner material.

Updates about the situation are being provided to the mayor and senior administrative officer weekly and will be given to the public “as and when necessary,” according to the update.