Want a career in the arts? Just do it, Iqaluit rapper tells youth

“Some people’s hearts are in the arts. That’s where my heart is.” 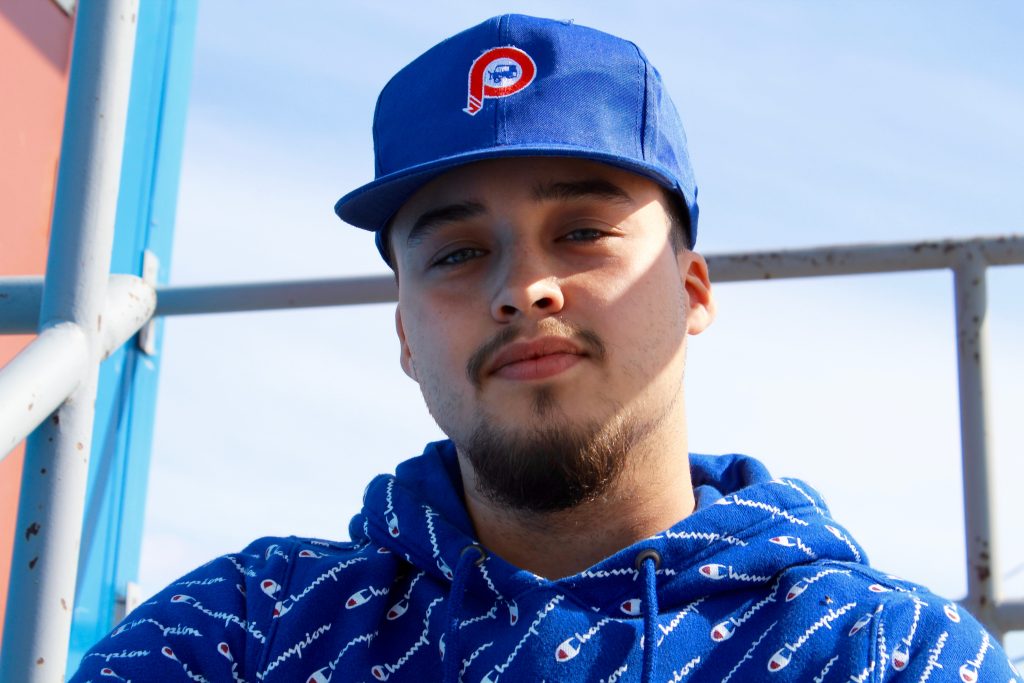 When his class was assigned to write a poem in his Iqaluit high school, Thomas Matthew Lambe and his friend finished theirs in five minutes.

“We were like, ‘this is pretty good,’” Lambe says.

The two boys then used that poem to write a rap song that they performed at a school talent show.

Lambe, who was born in Yellowknife and lived in Grise Fiord before moving to Iqaluit, says that performance was when he realized he wanted to write and perform music.

At 22, the Iqaluit rapper has already won a Canadian Screen Award for his song Trials. The track received national praise after it was featured in the soundtrack of the Nunavut film The Grizzlies.

“To get some extra recognition from this award … it’s a big feeling,” he said.

And now, he is recognized everywhere he goes in the North.

“It’s cool. I walk around and people are like ‘hey that’s the guy from Grizzlies, the guy who won the award,’” he added.

The friend he wrote that poem with in high school is Lee Cloutier-Ellsworth, now known as the popular Iqaluit rapper FXCKMR.

Lambe now performs and makes music under the name Triple 6 God, a name he says comes from the “duality of good and evil.”

“Like how good and evil live beside each other and conflict with one another.”

Born to an Inuk mother and a white father, Lambe says he struggled with his identity from a young age.

“Trying to fit in with the Inuk kids was really hard for me. I was too Inuk for the white and too white for Inuk, essentially. I still had a really good childhood.”

His music reflects on his experiences growing up in Nunavut, from playing in the streets under the midnight sun as a child to the unshakable pain of a friend’s suicide.

“That’s mostly what inspires me to write. The reality of living here,” he says.

His song Northside Suicide talks about Lambe’s experience of losing that friend. He says writing it helped him to start healing.

“Mostly, I just want to be myself and express myself in a healthy way. It really helps me with that. My main focus is energy in my music. I want people to feel what I’m feeling,” he said.

When working on a song, Lambe goes to YouTube and searches for new beats to fit with his lyrics. Occasionally, he uses a studio space in the south to record his tracks, but he is usually able to find a friend with a computer and a good microphone in Iqaluit.

“For the most part, I’m just recording in my friend’s closet,” he laughs.

Much of Lambe’s music can be found on SoundCloud, but he has three songs available on the popular music-streaming app Spotify, which he says has brought his music to an international audience.

“I have more fans from the U.S. than I do from Canada now, which is weird. But before that, it was just community-based. All my fans were only from Nunavut. But now, like the number one city that listens to me is Helsinki,” he says.

Lambe is now pursuing music full time. Although hesitant at first, Lambe says his family has been very supportive since seeing him perform for the first time at the Alianait Arts Festival’s Canada Day concert in 2016.

“It was my first time performing for my dad and I was nervous. He was like critical or not receptive to it before. And then he saw me perform and he was like, ‘you did it kid, I’m really proud of you,’” Lambe says.

“That was a moment where I just felt accepted.”

And to his fellow Nunavummiut who might find musical inspiration in a poetry assignment like he did, or who might be considering a career in the arts, Lambe says to “just do it.”

“Some people’s hearts are in the arts. That’s where my heart is.”

Lambe will open for FXCKMR’s album release show on Friday, July 19, at the Storehouse in Iqaluit.