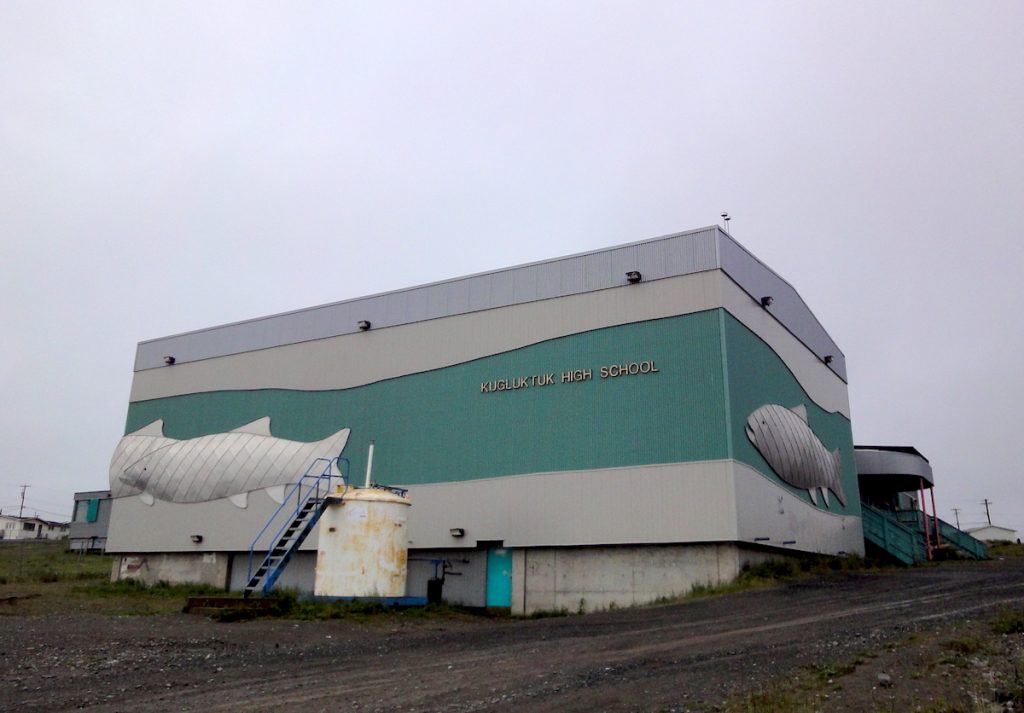 Classes at Kugluktuk High School continue to be suspended Sept. 5 after a small fire under the school caused some damage. (Photo by Jane George)

A fire at the Kugluktuk High School on Sept. 3 means the school’s 256 students were not able to attend school on Wednesday.

And yesterday evening the high school’s students and staff learned that their high school would remain closed today.

Sources in the western Nunavut community of about 1,500 say children lit a fire under the school some time during the evening of Sept. 3.

The RCMP, which is investigating the fire at the school, called it “minor.”

But the blaze caused some water and smoke damage in the older section of the school, where 12 classrooms are located, according to information from Nunavut’s Department of Community and Government Services.

CGS said it is in charge of overseeing the requirements to allow for “a safe return” to the building.

An electrical inspector was scheduled to arrive into Kugluktuk on Wednesday.

CGS also has an electrical contractor in Kugluktuk who is assessing the school with the goal of establishing power as soon as possible, the department said.

“Once the facility is deemed safe to occupy staff and students, the public will be informed,” a CGS communications spokesperson said.

But classes for students were suspended.

“School calendars in Nunavut are created with more than the minimum number of instructional hours required,” said a statement from the Education Department.

“This means that extra time has been allotted for school closures during unforeseen conditions like inclement weather.”

A plan that could have seen students at the high school attend school at the Jimmy Hikok Ilihakvik on Thursday afternoon was dropped yesterday.

The Education Department said Kugluktuk High School students should be able to meet their required instructional hours for the 2019-20 school year.

The closure, three weeks into the school year, also affects 17 staff, many of whom are new and working under a new principal, Rohan Hollingsworth.

Elsewhere in the Kitikmeot region, Kugaaruk students are now attending their new $40 million school, which was built after the community’s Kugaardjuk Ilihakvik burned down in 2017.

A minor was charged in connection with that fire.