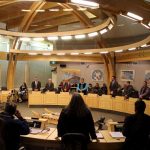 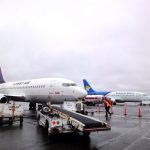 Nunavut’s latest government: what does it stand for?

On numerous issues that affect the day-to-day lives of residents, Nunavut’s premier and cabinet have nothing to say

The federal government must grant the extension the commission seeks

For Nunavut, it’s always about capacity

"Nunavut will do what Nunavut has the capacity to do, no more and no less"

“The GN must not feel bound by Ottawa’s timetable”

A rehab centre for Nunavut?

Step one: reach out to territorial, provincial and regional governments

ITK’s big break with the past

"Embedded within its wooden verbiage, you’ll find an abrupt departure from the thinking of the recent past"

PM Trudeau and MP Tootoo have mishandled this issue

"A law that will make everyone feel good and accomplish nothing"

NTCL: the death of a hyped-up dream

Five things to remember about 2015

Five events that will continue to haunt us in 2016

The North and the Liberal regime

"A municipal administration that’s bleeding from every orifice"

Compulsory arbitration? Bring it back

A busy year for Mr. Clawback

"The federal government will pump a lot of money into your pocket this month. They also plan to take a lot of it back."

A celebration you say?

Does July 9 really stand for something worth celebrating?

"Too many people die before their time"

A gutsy move on language standardization