Capital estimates will face the scrutiny of regular MLAs 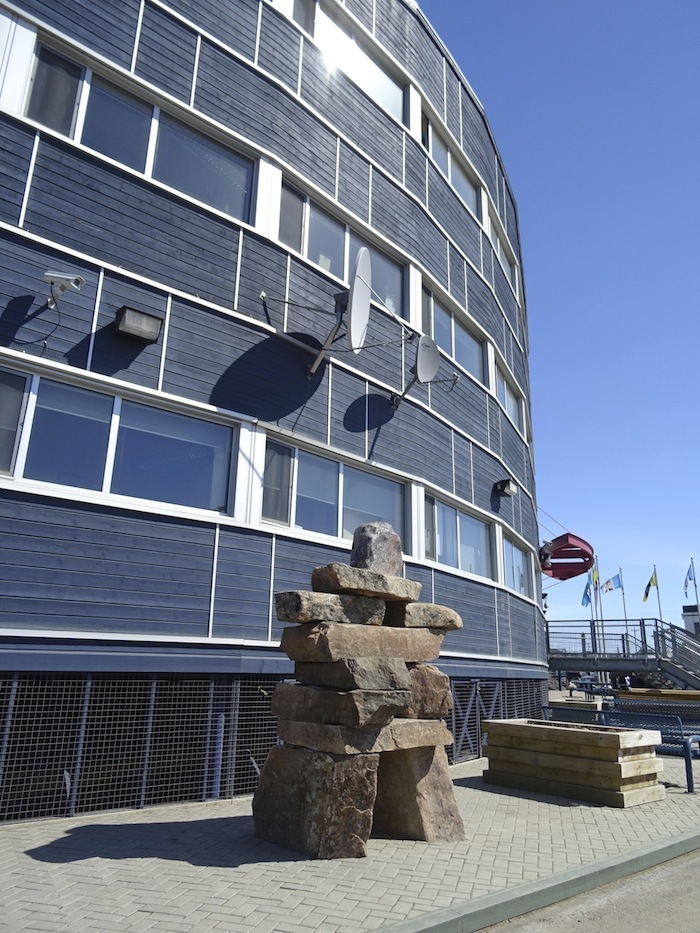 Tomorrow, MLAs and cabinet ministers get back to work at Nunavut’s legislative assembly. (FILE PHOTO)

The fall sitting of Nunavut’s legislative assembly starts tomorrow, and one focus of the sitting will be the Government of Nunavut’s capital budget for the 2019-20 fiscal year, which starts next April 1.

The Nunavut legislature normally passes its capital estimates for any given fiscal year during the previous fall, to provide enough time for building projects to go to tender early. That’s so contractors can assemble building materials in time for the summer sealift.

The main operating and maintenance budget for 2019-20 will likely be put before the legislature next February or March.

“The biggest question I have going into this session is, ‘how do we do more with what we have?’” said John Main, MLA for Arviat North-Whale Cove and chair of the regular members’ caucus.

“With regards to capital … we have so much need and we don’t have the money to pay for it all,” Main said. “That’s not a news flash.”

It’s the job of MLAs to make the best use of the government money that is available, he said, adding that while roles have changed for some members in the house, challenges faced by Nunavut communities remain the same.

• Bill 8, An Act to Amend the Workers’ Compensation Act.

• Bill 12, An Act to Amend the Qulliq Energy Corporation Act.

Bill 9 is the piece of legislation that authorizes the 2019-20 capital budget. MLAs will likely pass that after looking at it line-by-line in committee of the whole.

Bill 10 and Bill 11 are both “supplementary” spending bills. These supplementary appropriation bills are usually used to give retroactive authorization to money that has already been spent.

Bill 1, the Corrections Act, and Bill 2, the Chartered Professional Accountants Act, are already before the standing committee and could be referred back to for review and third reading, said John Quirke, the assembly’s head clerk.

The standing committee on oversight of government operations and public accounts will table two reports related to recent hearings that featured the Qulliq Energy Corp. and the Legal Services Board of Nunavut.

The committee’s hearing on the energy corporation brought talk of Inuit training, an infrastructure deficit and discrepancies in utility rates for Nunavut communities.

During the hearing on the legal services board, MLAs heard calls for more government support and funding, and raised questions about police misconduct flagged by staff at Nunavut’s legal aid offices.

Also expected this sitting is a response by the Government of Nunavut to an auditor general report on climate change in Nunavut. That report comes following a spring hearing where the standing committee reviewed the findings of the auditor general’s report.

The sitting could bring talk of sexual harassment in Nunavut. That’s after Premier Savikataaq committed last week to reviewing the GN’s harassment policy, following statements by Iqaluit Mayor Madeleine Redfern about the harassment of women by Nunavut leaders—particularly during duty travel.

There’s also a new department to account for now, after Minister George Hickes was called on in July to create a new Human Resources Department outside of the Department of Finance.

With marijuana newly legalized in Canada, it’s safe to say question period could see more talk of cannabis use in Nunavut.

The GN also has yet to release a full report outlining the impacts of its pilot beer and wine store in Iqaluit.

As well, the sitting will see a new integrity commissioner appointed.