Crime rates slightly down in Nunavik — but not across the board 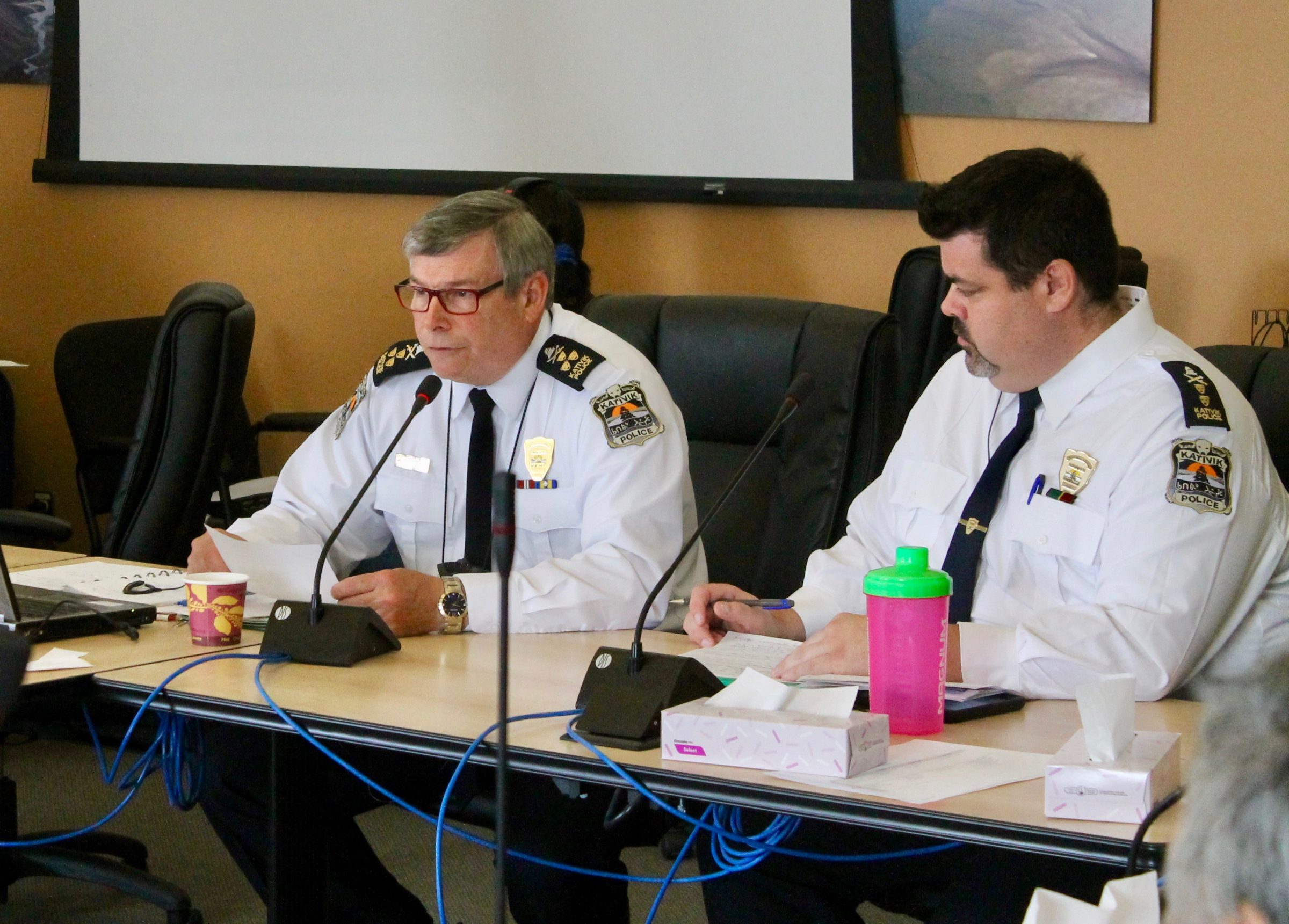 The Nunavik police say that region’s crime rates continue to be lower throughout the region since the beginning of the pandemic in all but two areas — impaired driving causing bodily harm and mischief.

In late March 2020, when COVID-19-related measures were put into place across Quebec, Nunavik officials implemented a nighttime curfew for all 14 communities and put limits on the amount of alcohol residents could purchase, either locally or from southern retailers.

Even since the curfew was gradually lifted last spring, the Kativik Regional Police Force says it has noted a drop in police interventions and detentions.

“Everywhere else, criminality has been down quite a bit, likely due to the restrictions in place,” the KRPF’s deputy chief, Jean-François Morin, told KRG councillors.

“Since COVID-19 has been here, we’ve seen a large increase in the number of cases of mischief,” Morin explained. “We credit that to the pandemic, with the school and gyms and arenas being closed — all the measures being put in place.

“And impaired driving causing injuries went up — that’s a concern.”

To tackle that, the KRPF has begun setting up roadblocks in Kuujjuaq. In October, the police said they intercepted 75 vehicles in the community and arrested two individuals.

Detainees continue to be flown via charter to Amos

The Nunavik police said the pandemic has helped to firmly establish the need for an air link between Nunavik and the provincial detention centre in Amos, to ease the transfer of detainees to and from the region.

Previously, many Nunavik detainees were first flown to Montreal and then transferred to Amos by van, which could require two weeks of travel between the time of arrest and bail hearing.

The KRPF started to facilitate charter flights directly to Amos in 2019 as part of a pilot project. So far this year, the KRPF has chartered 48 flights to and from the region.

But KRPF Chief Jean-Pierre Larose says the police force is still in discussions with the Quebec government about making the charter a permanent, government-funded service.

“The goal is to facilitate access to justice for defendants in Nunavik and to be, when possible, released with shorter delays in the region,” Larose told regional councillors on Nov. 24.

The service will continue into 2021, but the KRG will be footing the bill for now.

During KRG meetings, councillors passed a resolution allowing the executive committee to finalize the terms of a contract for aircraft charter services next year to and from Amos, up to a maximum of $1 million.