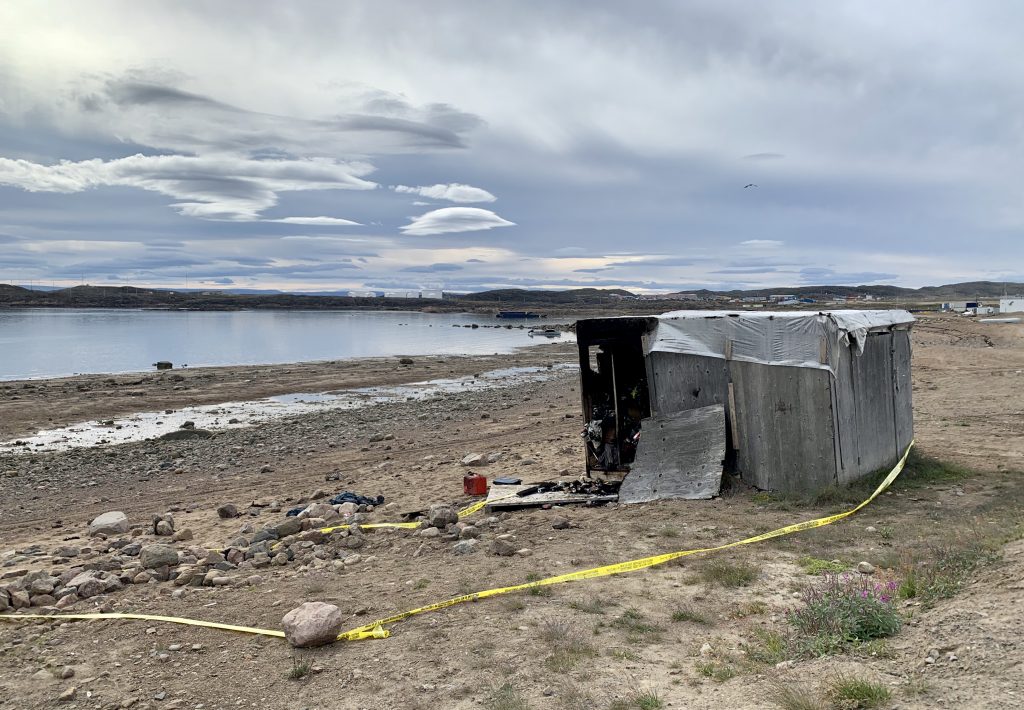 An RCMP investigation into a fatal shack fire on Iqaluit’s waterfront has concluded that the fire was set accidentally. (File photo)

A fatal shack fire on Iqaluit’s waterfront was caused by accident, an RCMP investigation has concluded.

“The fire examination determined that the fire was accidental by nature,” said Staff Sgt. Garfield Elliott.

“It was not an arson, therefore our investigation will not be pursued any further.”

During the briefing, Elliott also addressed the violent killing of a dog that happened late last month.

“That investigation was loaded up top-heavy at the front end to try and identify suspects,” said Elliott.

“But we were unable to secure any physical evidence at this point to identify the person responsible.”

According to Elliott, that investigation remains open.

When Elliott last briefed councillors on crime statistics for the first quarter of 2020, he reported that 92 per cent of all Iqaluit RCMP calls in April involved alcohol.

In an accompanying letter to the council, Elliott wrote that “Bootlegging liquor is our main focus on this year’s performance plan.”

During the current reporting period, there has been a significant alcohol bust each month.

In May, RCMP seized 36 60-ounce bottles from a man in Apex and in June, police seized 21 bottles of the same size from an Iqaluit man.

According to Elliott, V Division has seized 81 60-ounce bottles of permitted liquor to date.

Through the first six months of this year, there have been a total of 4,605 calls for service with 1,713 prisoners held.

For roughly the same period last year, January through July, there were 5,660 calls with 1,763 prisoners held.

According to Elliot’s report, the year-end numbers of calls and prisoners for 2020 are projected to be higher than they were last year.

The next city council meeting will be on Sept. 8.