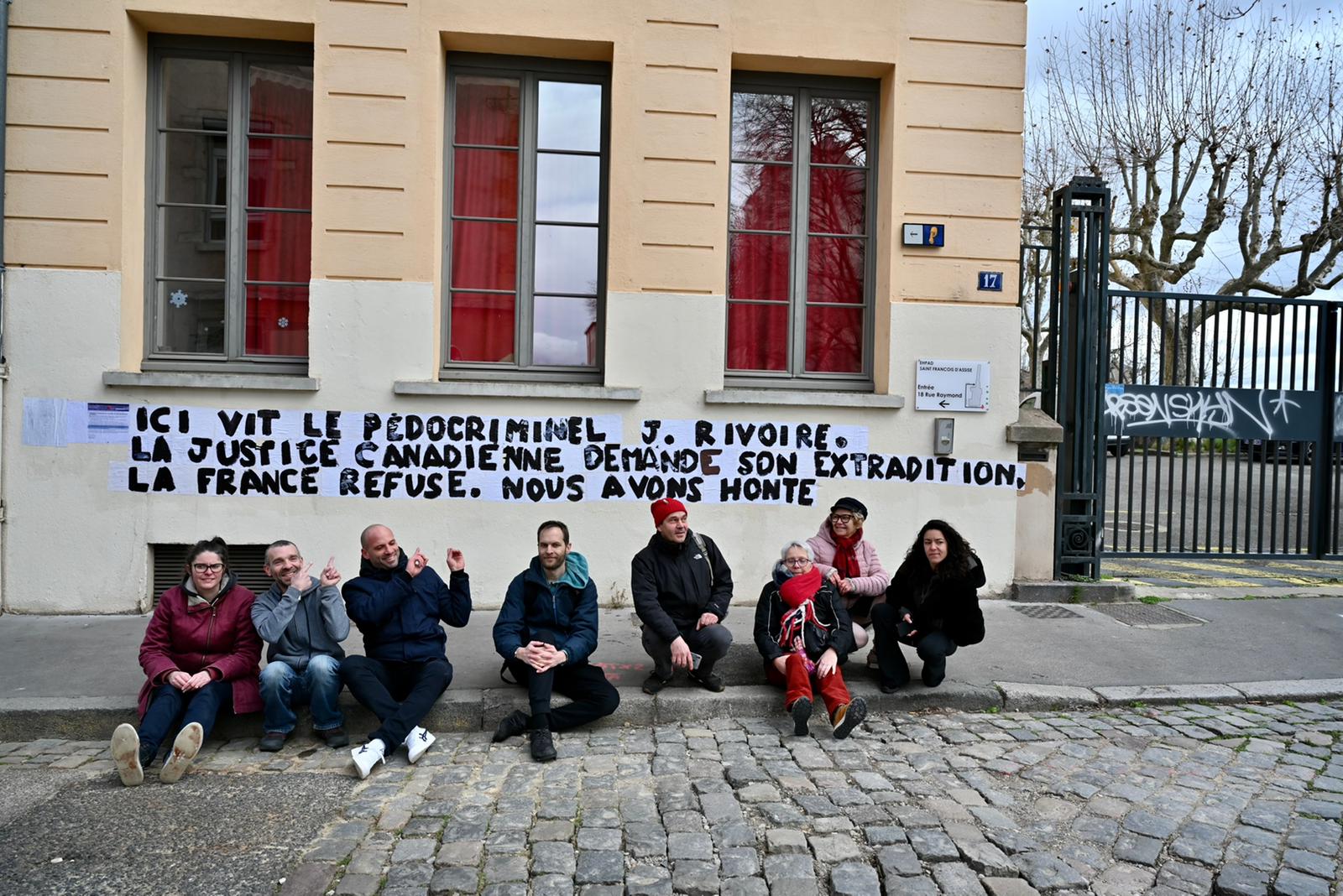 Demonstrators gathered outside Johannes Rivoire’s retirement home in Lyon, France, on Monday to demand the French government extradite the priest, who is accused of sexually abusing children in Nunavut.

The group, called BeBraveFrance, is calling on the French government to send Rivoire, 91, to Canada to face justice.

Arnaud Gallais, the group’s co-founder, said BeBrave’s mission is to pressure the French government to carry out wide-ranging judicial investigations into the Catholic Church. 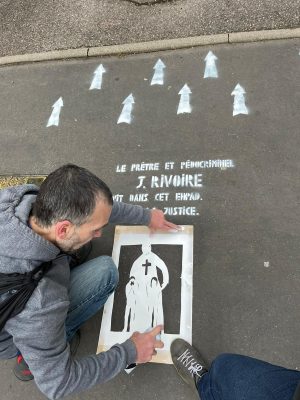 Demonstrators write messages on the sidewalk on Monday, pointing to the retirement home where Johannes Rivoire lives in Lyon, France. (Photo courtesy of Arnaud Gallais)

“We want the invisible to be visible,” Gallais said in an interview in French.

Rivoire was a parish priest in what is now Nunavut from the 1960s to 1993. RCMP charged him in 1998 with sexually abusing Inuit children during that period, but those charges were stayed in 2017.

In February 2022, RCMP laid a new charge against Rivoire for an allegation of sexual abuse that dates to the 1970s.

Rivoire, through his lawyer, has denied all accusations of sexual abuse.

Canada requested France extradite Rivoire to face that charge in Canada. France does not extradite its citizens, and the request was denied in October 2022.

“We’re thinking about Inuit … We find it deeply disturbing and shocking,” Gallais said of France denying the request.

Inuit have long called for Rivoire to face justice in Canada.

A delegation of Inuit let by Nunavut Tunngavik Inc., including an alleged victim of Rivoire, travelled to France in September 2022 to demand his extradition and ended up meeting with the priest himself.

The group did not hear back, he said.

“It’s atrocious. The French government is doing nothing. We want Emmanuel Macron to extradite him,” Gallais said.

BeBrave has also launched a petition calling for Rivoire’s extradition, which Gallais said has about 13,000 signatures.

He said Monday’s event wasn’t exactly a protest, but more of a campaign to bring awareness to the fact Rivoire has been charged in Canada. 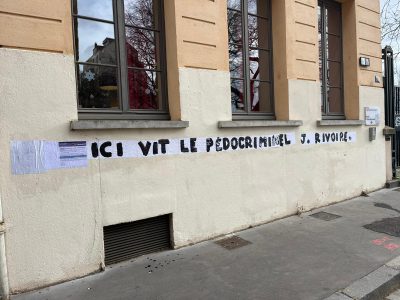 “If not, people in Lyon don’t know about it. They pass by his building,” Gallais said, adding Rivoire is someone who is “totally protected” by the fact he lives quietly.

The group wrote messages on the walls, the road and the sidewalks around Rivoire’s retirement home.

Gallais said the group plans to hold a similar demonstration soon, and wants to work with Inuit to keep pressure on the French government.

“For the beginning of the year, for 2023, we wanted to start off by saying we are with them. We don’t forget them,” he said.

Gallais said the mayor of Lyon has also supported the group’s efforts.

“This was the first step and now we want to do more,” Gallais said.