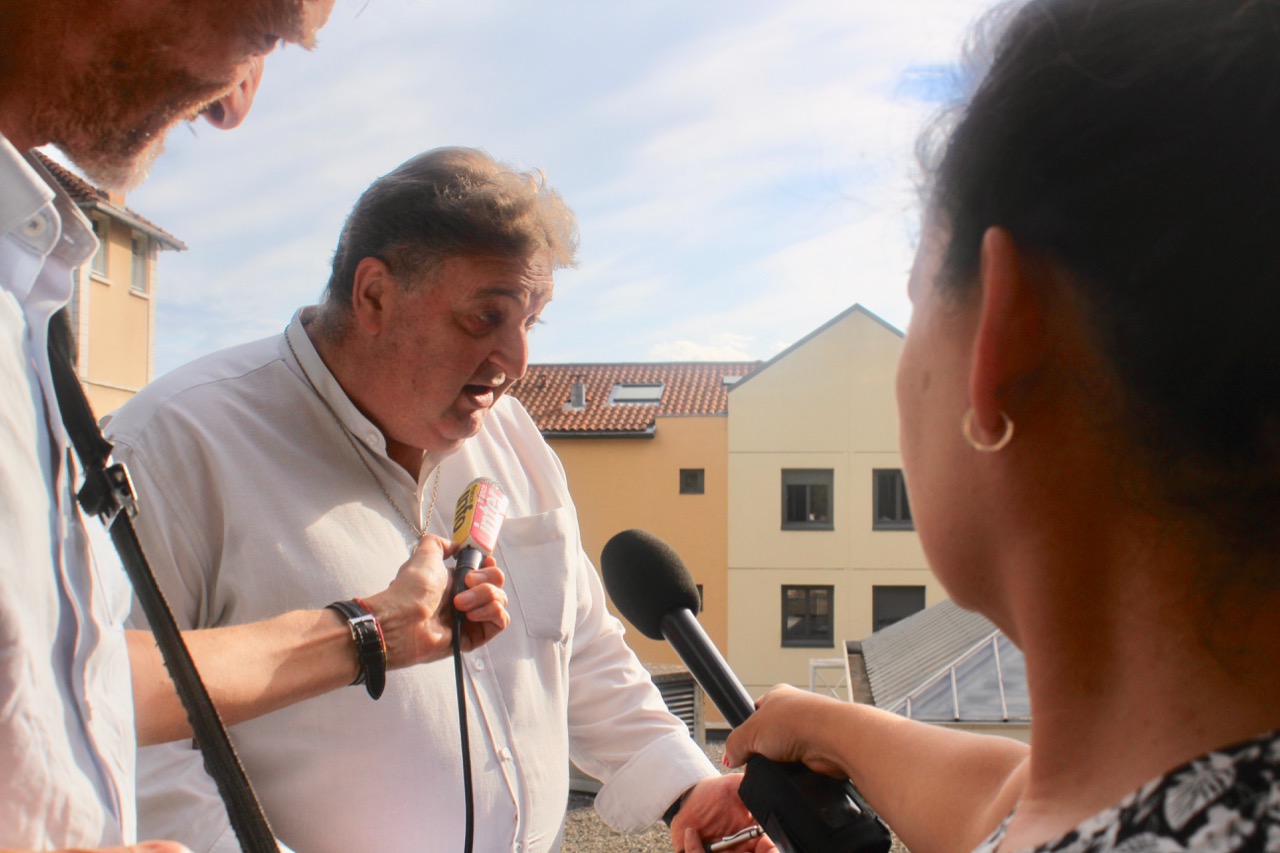 Rev. Vincent Gruber, leader of France’s Oblates, speaks to reporters in Lyon on Wednesday. A French lawyer accused the Oblates on Thursday of protecting Johannes Rivoire and says she will pursue charges against them. (Photo by Emma Tranter)

LYON — A French lawyer says she will work to prosecute the French Oblates for allegedly protecting Rev. Johannes Rivoire, a former Nunavut priest accused of sexually abusing Inuit children during his time in the territory.

Nadia Debbache, a lawyer in Lyon working with Nunavut Tunngavik Inc., accused the Oblates of “concealing a criminal” while, she says, they knew about Rivoire’s criminal charges and did not notify French authorities.

“The order has been aiding and helping and assisting a person who is wanted for criminal acts,” Debbache said during a news conference in Lyon Thursday.

Rivoire worked in Nunavut from 1960 through the early 1990s. He’s a member of the Oblates, a Roman Catholic order that primarily works in education.

Rivoire was charged with historical sexual abuses in relation to allegations in 1998, but those charges were stayed in 2017. RCMP laid a new charge of indecent assault against Rivoire earlier this year.

Debbache is looking to prosecute the Oblates under a section of France’s penal code against the act of providing the perpetrator of a crime with things like accommodation, a place of retirement, subsidies or any other means of avoiding investigation or arrest.

A delegation of representatives from NTI, which includes three Inuit who say Rivoire abused them or a family member, is in France this week pushing for Rivoire’s extradition to Canada. Earlier this week, French officials signalled that this is not going to happen. 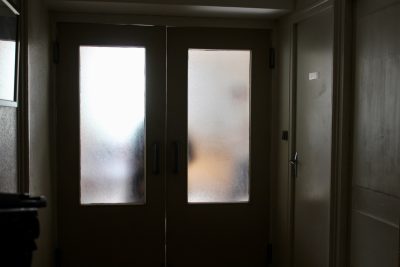 The door to the room in the French Oblates headquarters where Rev. Vincent Gruber met with a delegation of Nunavut Inuit is closed after media were asked to leave the room on Wednesday. (Photo by Emma Tranter)

“The delegation has given me a mandate to prosecute,” Debbache said.

Rivoire, who is 91 and lives in Lyon, met with members of the NTI delegation Wednesday. According to Kilikvak Kabloona, NTI’s chief executive officer, Rivoire denied all allegations of sexual abuse.

Debbache said she plans to ask Lyon’s lead prosecutor to open an investigation into whether charges can be laid against the Oblates.

Before meeting with Rivoire, members of the delegation met with Rev. Vincent Gruber, who leads France’s Oblates.

Gruber told reporters the Oblates have started a process to remove Rivoire from their congregation.

Gruber was also clear that the Oblates are not currently paying for Rivoire’s living expenses, his lawyer or his pension.

Debbache said Gruber told the delegation the Oblates were not informed about Rivoire’s charges until 2013.

Both Debbache and NTI question how the Oblates could not have known of Rivoire’s charges until then, given that in 1998 the RCMP put out a Canada-wide arrest warrant for Rivoire. 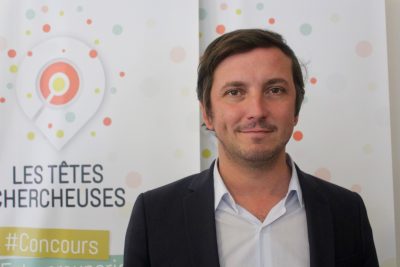 French Member of the National Assembly Aurélien Taché says he believes the French government should acknowledge the alleged harm done by French nationals to Inuit. (Photo by Emma Tranter)

Gruber also told the delegation that in 2018, he informed France’s top prosecutor of the accusations against Rivoire.

“He told us that he had received no answer from the French authorities,” Debbache said.

In an interview with Nunatsiaq News, Aurélien Taché, a member of France’s National Assembly, said the French government also has a part to play in looking into why Rivoire wasn’t charged in France.

Taché sat with the delegation during its news conference Wednesday and said he supports the demands to extradite Rivoire.

“France has also known colonial contexts … Truthfully, these systemic crimes should get a much stronger political response,” he said.

Taché also noted that an independent commission recently investigated sexual abuse in the Catholic Church in France. A report on the commission’s findings was released last year.

“The commission didn’t look into crimes committed abroad … To say it differently, they looked into French people, white boys, not those who were abused elsewhere.”

“It shocks me. That’s why I wanted to intervene,” he said.