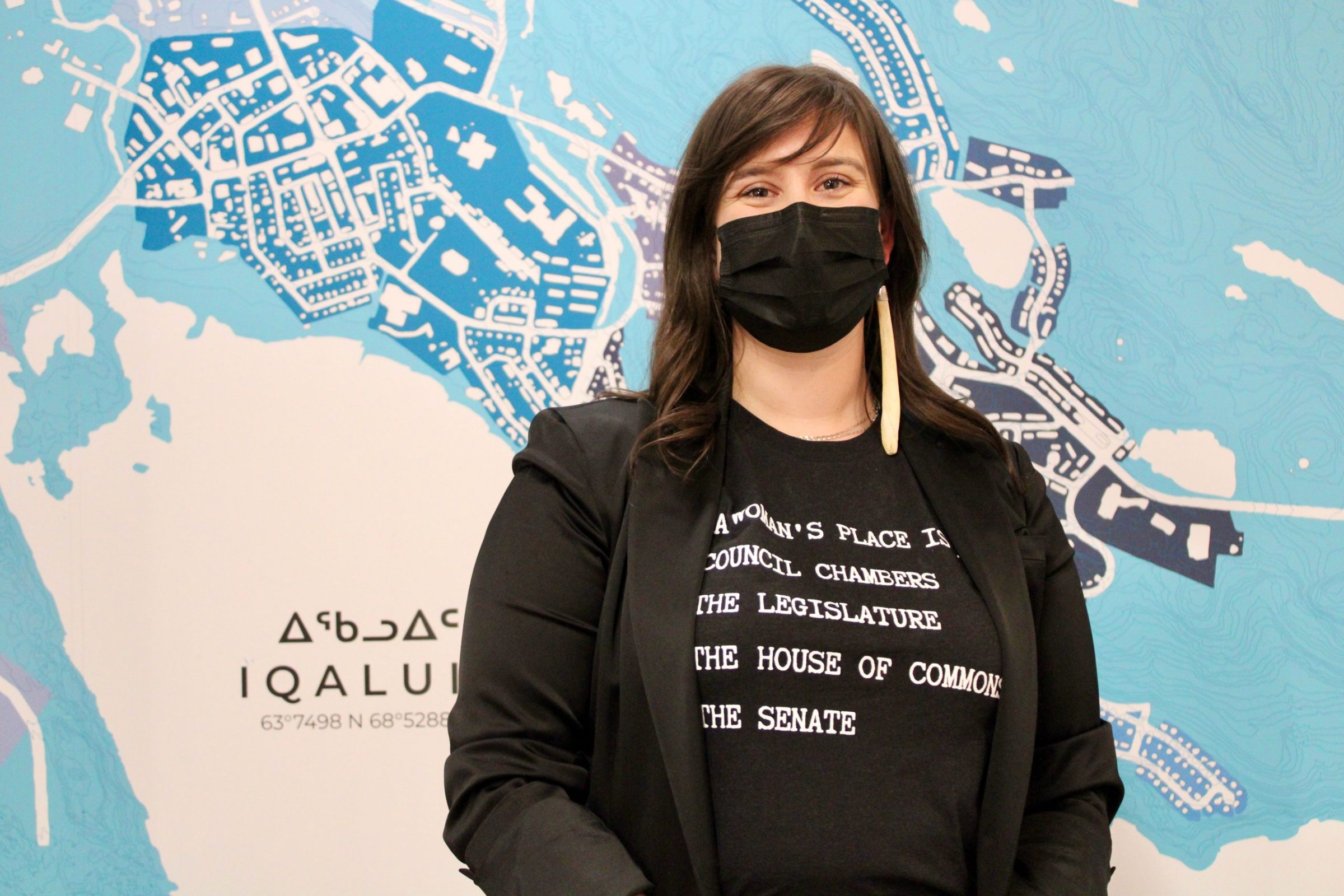 Kimberly Smith is Iqaluit’s newest city councillor after she was appointed to the role on June 28. Smith spoke about the importance of youth and women being represented in the council chamber, as well as her background as a tradesperson and willingness to listen to others. (Photo by David Lochead)

Iqaluit’s city council has a new member after Kimberly Smith was appointed to the role during Tuesday’s council meeting.

She told Nunatsiaq News she is excited and a little nervous.

“I know it’s going to be a learning curve for me but I’m excited to put the work in,” she said.

It was the second time Smith applied for a council appointment. She applied last winter, when two council seats opened after the departures of  Janet Pitsiulaaq Brewster and John Fawcett. Paul Quassa and Ookalik Curley were appointed to fill those vacancies.

Smith will replace Sheila Flaherty, who stepped down from her council position in April.

Smith was up against Lili Weeman and Keith Baines for the role.

All three applicants were given five minutes to describe what they could contribute to council, as well as what they believe are important traits in a city councillor and why.

The council members who were present to vote were Mayor Kenny Bell, who attended virtually, and councillors Kyle Sheppard, Romeyn Stevenson and Paul Quassa. Smith is scheduled to be sworn in on July 12.

Smith, who said she was born and raised in Iqaluit, noted that she will represent the youth in Iqaluit, adding its population is one of the youngest in the country.

She also referred to her career as an electrician and how that will help her perform as a community leader.

“We don’t see an obstacle and turn around. Instead we reroute, rethink, imagine, work together … and get the job done.”

She added that if she makes mistakes as a councillor, she will be willing to listen, learn and improve.

To show her effort, Smith also mentioned that she increased the list of signatures of Iqalummiut who support her, from 130 the last time she applied, to 203 this time.

Smith also talked about the need for more women on Iqaluit city council: Ookalik Curley is currently the only female city councillor.

“Let’s change that today and show our young women that a woman’s place is in city council or wherever else she wants to be,” Smith said.

Lili Weeman gave a speech noting the time and experience she had to devote to council, because she is retired. She also spoke about the need for improved infrastructure and the need for more women on council.

Keith Baines, the final applicant, spoke about knowing the city well because he has lived in Iqaluit since 1973. He also spoke about his willingness to work with others and be well researched on decisions.

There is one more vacant council seat left to fill, after Joanasie Akumalik resigned last week.

Council will discuss at an undetermined later date how it will fill that vacancy, according to City of Iqaluit spokesperson Aleksey Cameron.