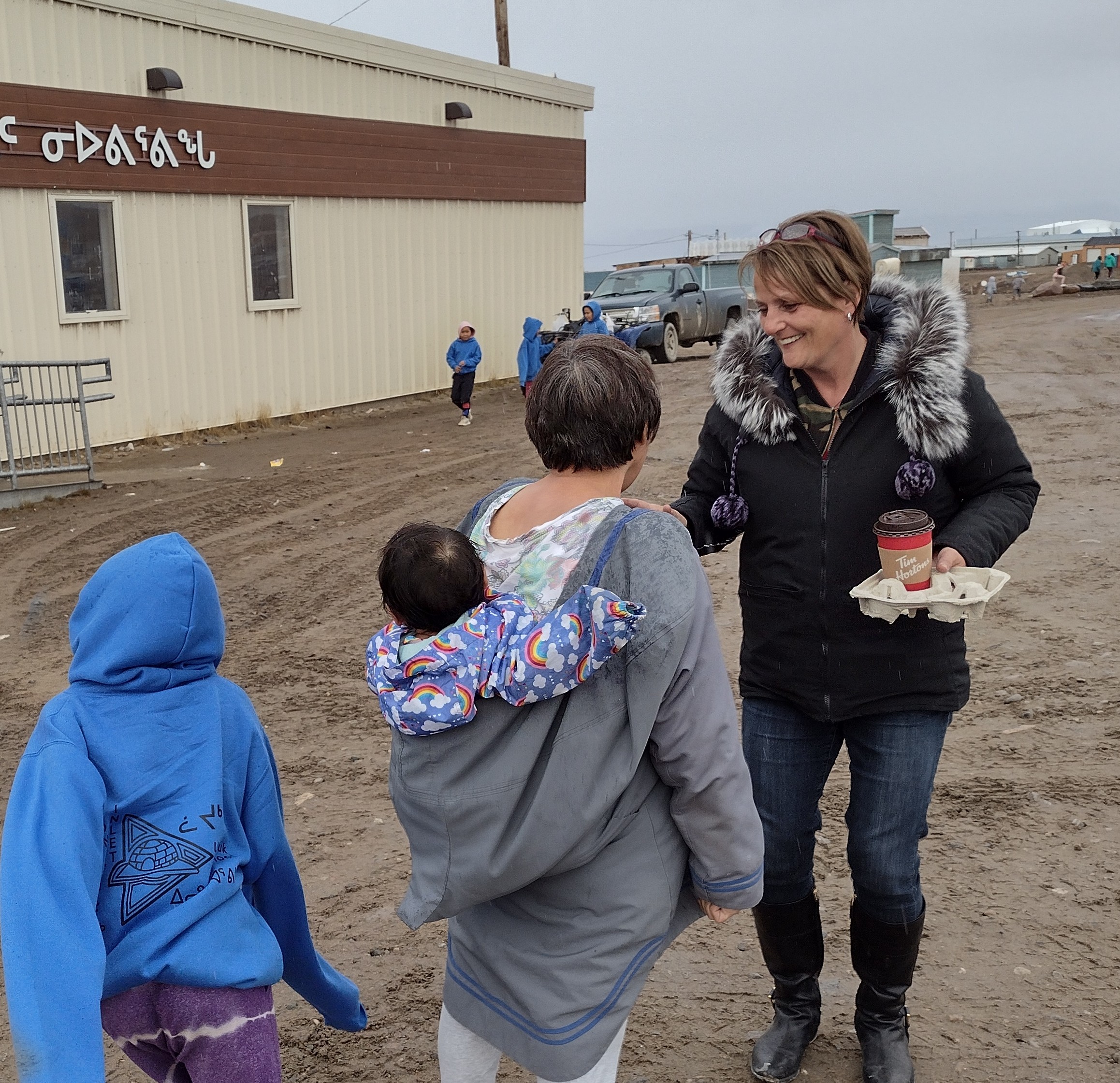 Pat Angnakak, one of three women running to fill Nunavut’s seat in Parliament, says the Liberal government accomplished much for Nunavummiut, but could do more with a representative from the territory.

“We haven’t had really good representation at the table for quite some time now,” she said in a phone interview from Rankin Inlet.

Even so, Angnakak said the Liberals have had their eye on Nunavut, giving money for housing, infrastructure such as a deepsea port in Qikiqtarjuaq, and mental health supports.

“We do need more money and that’s where my voice can come in, [but] we don’t want to start from the beginning again with another government,” she said.

On the campaign trail, she said the biggest concern she’s heard has been housing.

“It’s not only [the thousands] more units needed, but many of the units people are already in need so much work and repair.”

Securing more federal funding to address that crisis would be on top of her priority list, she said.

Angnakak also points to elder care, an issue she says is “near and dear” to her heart.

“My own mother has been sent down south because of her dementia, as well as many, many others,” said Angnakak.

Mental health supports also need to be expanded in the territory, she says, so fewer people end up in the justice system by default.

“[People] might have addictions or other mental health issues that have not been addressed,” she said.

Angnakak said she would also like to reduce food prices. Liberals are looking at overhauling the Nutrition North program so savings benefit customers, not just retailers, she said.

“I really don’t think it’s reaching the people we’re supposed to be reaching,” she said. “Those subsidies aren’t always getting through.”

After growing up in Cape Dorset and Pangnirtung, Angnakak moved to Iqaluit in 1980 and worked with various Inuit organizations.

Angnakak — a 58-year-old mother of three and grandmother of four — was first elected to the territorial legislature in 2013.

She joined cabinet in 2017 and served as health minister and later as housing minister until 2018, when Premier Joe Savikataaq stripped her of her portfolios for breaking cabinet confidentiality by speaking in the legislature about draft housing policies. Angnakak maintained she was under the impression she could share that information with MLAs.

She later quit cabinet and returned to being a regular MLA. She resigned as MLA in August to run for MP.