“This is not government regulation. This is corporate self-regulation.” 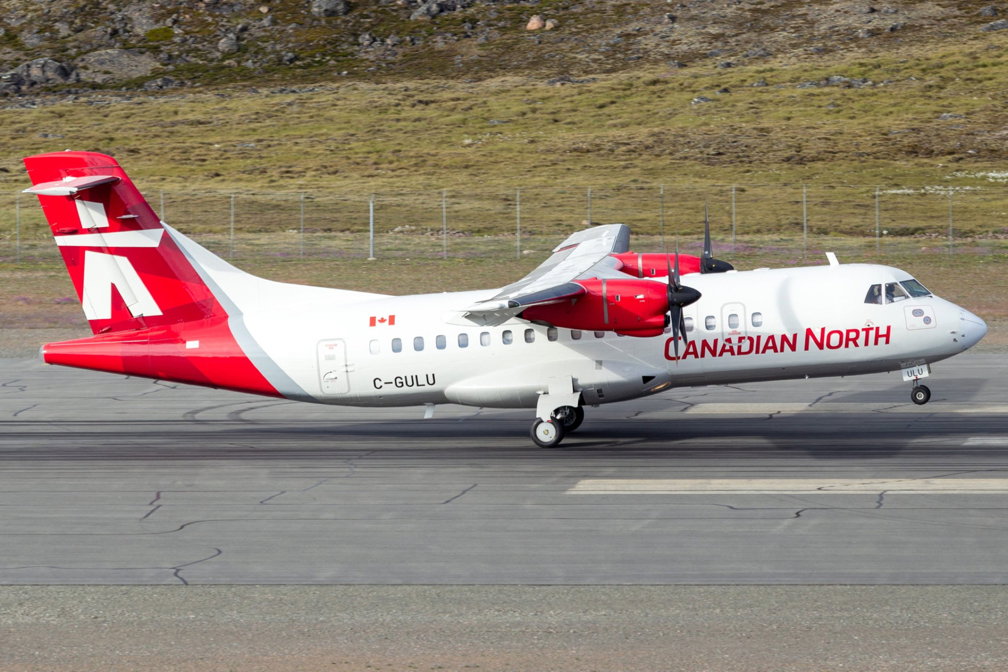 All of the new merged airline’s aircraft will eventually use the brand name “Canadian North” and livery similar to First Air’s. (Photo by Brian Tattuinee)

The unpopular merger between First Air, owned by Makivik Corp., and Canadian North, owned by the Inuvialuit Development Corp., is now well underway.

One of the two airlines, Canadian North, has just won the latest Government of Nunavut medical and duty travel contract for the Qikiqtani and Kitikmeot regions, after a “competition” against its merger partner and a couple of other companies.

That was followed by the release of the new merged airline’s unified service schedule for flights serving Nunavut and the Northwest Territories. In case you haven’t heard already, the new airline will be called Canadian North.

In that announcement, the merger partners promise that the new Canadian North will generate “efficiencies,” which they say they’ll reinvest back into the merged company.

So don’t expect lower air fares—which means northern consumers and governments cannot afford to be complacent and must continue to exercise vigilance.

That’s because the regulatory tool that the federal cabinet used to permit this merger last June is badly flawed.

To explain this, we have to backtrack a little. As readers may remember, Marc Garneau, the federal minister of transport, said yes to the Canadian North-First Air merger in June of this year.

Garneau’s decision followed a report by the Competition Bureau, issued in February 2019, that found the merger would reduce flight schedules and lead to higher prices.

So to soften the impact of the merger on northern residents and businesses, Garneau announced a list of terms and conditions the new merged airline must follow for the next seven years.

Those terms and conditions are all listed in a special order issued by the Liberal cabinet, called an “order-in-council.” You can read it for yourself by clicking on this link.

Most of the terms and conditions look pretty reasonable. For example, Transport Canada says the new airline can’t raise fares on any route unless they can show operating costs on that route have also risen. And the new airline may only raise those fares to the same extent that costs have increased, and no more than that.

At the same time, if costs happen to fall on any given route, the merged airline must reduce fares to the same extent. The special Pivut and Ilak fares, available only to beneficiaries of land claim agreements, must remain where they stood on April 1, 2019, and may not be increased.

And the federal government also requires the merged airline to set up an Inuit training and development program “with the aim to increase Inuit representation across all parts of the Merged Entity’s operation and management.”

As an aside, Makivik Corp. and the Inuvialuit Development Corp. ought to be deeply embarrassed that the big bad colonial government in Ottawa is ordering them to hire and train Inuit.

In any case, how will the merged airline’s compliance with these terms and conditions be enforced? Unfortunately, that’s where the federal cabinet’s approval order breaks down.

For starters, Makivik and the IDC must sign an implementation and monitoring agreement with Transport Canada. But you’ll never get a chance to see that agreement. That’s because it’s to be kept secret.

As the order-in-council states, in the bloated language of government: “The Confidential Implementation and Monitoring Agreement shall contain precise and specific methodology for each term and condition, the nature of which is commercially sensitive and confidential.”

The federal government also requires the creation of an independent advisory board, with representatives from Nunavut and the Northwest Territories, and one member from Transport Canada.

“The advisory board shall have the mandate to report to the Minister of Transport on any issues regarding compliance with any term or condition of this schedule, the Confidential Implementation and Monitoring Agreement, and any anticompetitive behaviour by the Merged Entity,” the cabinet order says.

And how will the independent advisory board operate? That, too, is all secret.

“The confidential and commercially sensitive methodology for determining stakeholders, appointment, funding and operations of the advisory board shall be set out in the Confidential Implementation and Monitoring Agreement,” the cabinet order said.

This is not government regulation. This is corporate self-regulation.

Perhaps Transport Canada did the best they could with the limited regulatory tools now available to them. But the consumer protection measures they put in place simply can’t be trusted to protect vulnerable northerners. And the owners of this new airline simply cannot be trusted to regulate themselves.

This means publicly elected bodies like the Government of Nunavut, the Government of the Northwest Territories and others, including public municipal governments, must continue to keep a close eye on the merged airline. Holding its owners accountable will require relentless vigilance.

The Inuit organizations in Nunavut and Nunavik—especially now that Qikiqtaaluk Corp. and Kitikmeot Corp. are in talks about taking equity in the new airline—are in a conflict of interest on this issue. They can’t be expected to do any credible public advocacy.

That means the GN and GNWT should demand inclusion on the advisory panel and demand to see copies of the merged airline’s financial statements. And the executives of the new airlines should be brought before the legislatures of both territories at least once a year to explain themselves. JB