Arctic Bay-raised Becky Han just released The Bee, a children’s book based on one of her songs 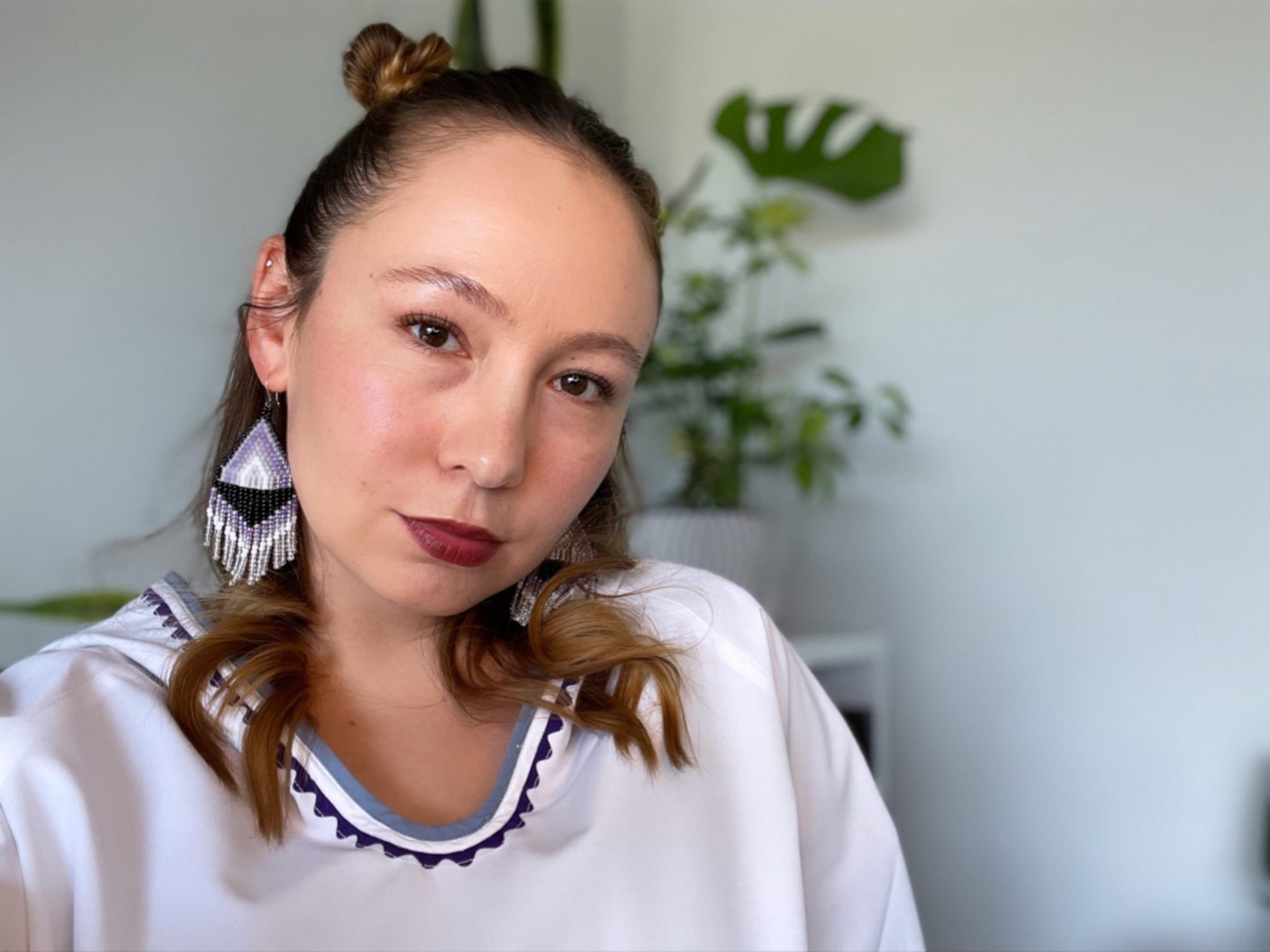 Musician and author Becky Han has expanded her creative output to include TikTok videos to share her culture and teach Inuktitut. (Photo courtesy of Becky Han)

Becky Han, a musician originally from Arctic Bay, has amassed a following of over 22,000 on TikTok where she posts short Inuktitut lessons and videos about Inuit culture. Now, she’s released a children’s book.

About a decade ago Han started posting videos of songs she had wrote on Facebook and YouTube, building an audience of Inuit who often request modern Inuktitut music to listen to, she said.

“It started off with trying to keep my language alive because I don’t speak it every day,” she said. “I would write in Inuktitut and that turned into songwriting.”

Last year she took to TikTok and started showcasing Inuit culture and teaching Inuktitut words through the short videos.

Her most recent “Inuktitut word of the day” clip teaches viewers how to pronounce pilimmaksarniq — meaning practice — through multiple repetitions, slowing the word down, breaking it down by syllable and using it in a sentence.

Text in the video shows the word written in English as well as in syllabics. 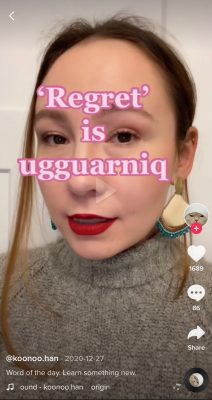 Musician Becky Han posts “word of the day” videos in Inuktitut on TikTok. (Screenshot from TikTok)

Other videos help viewers learn how to pronounce specific sounds unique to Inuktitut, like the “rnng” portion of the word upirnngaaq, which means spring.

Han moved from Arctic Bay after high school and now lives in Saskatchewan.

She said having these resources on social media is crucial, considering the large portion of Inuit who are young, and for southern Inuit who have been away from their home territory for decades or were adopted out and didn’t get to grow up in the Arctic.

“When they reach out to me personally and say these lessons feel familiar or they remind them of home, that’s one of my favourite parts.”

Han’s videos are also viewed by non-Inuit from all over the world.

“I quickly realized on that platform just how little, not just globally, but Canadians don’t know much about Inuit, it’s eye opening.”

“That’s one of the parts I really enjoy,” she said. “Showing them ‘we are here.’”

Han says social media allows for Inuktitut content — whether it be educational or just for entertainment — to be delivered in so many different ways now.

“We have so many Inuit content creators now who are teaching the world about [the] culture.”

“I think it’s one of the coolest, quickest, most efficient ways to show who we are.”

Iqaluit’s Annie Buscemi is another Inuk who has been in the spotlight for her daily Inuit-specific “reasons to stay alive” videos on TikTok and Instagram, and was named Young Inuk Woman of the Year by Pauktuutit Inuit Women of Canada.

Taloyoak’s Lenny Aqigiaq Panigayak shares his and his family’s day-to-day life on the land on TikTok and sees views coming in from Australia, Europe and beyond.

Nunavik’s Shina Novalingahas also grown a large following on the app and recently raised nearly $285,000 on GoFundMe to buy bikes for kids in the region.

Han is no stranger to harnessing the power of social media and got new winter gear sent to Arctic Bay Youth last fall, donated by Canada Goose after a viral social media post of hers was seen by Canadian actor Ryan Reynolds.

Han’s most recent endeavor has been publishing a children’s book called The Bee, based on one of her songs.

Once it’s fully released, Han will read the book to students and perform at schools virtually.