“Compliance continues to be a challenge for everyone” 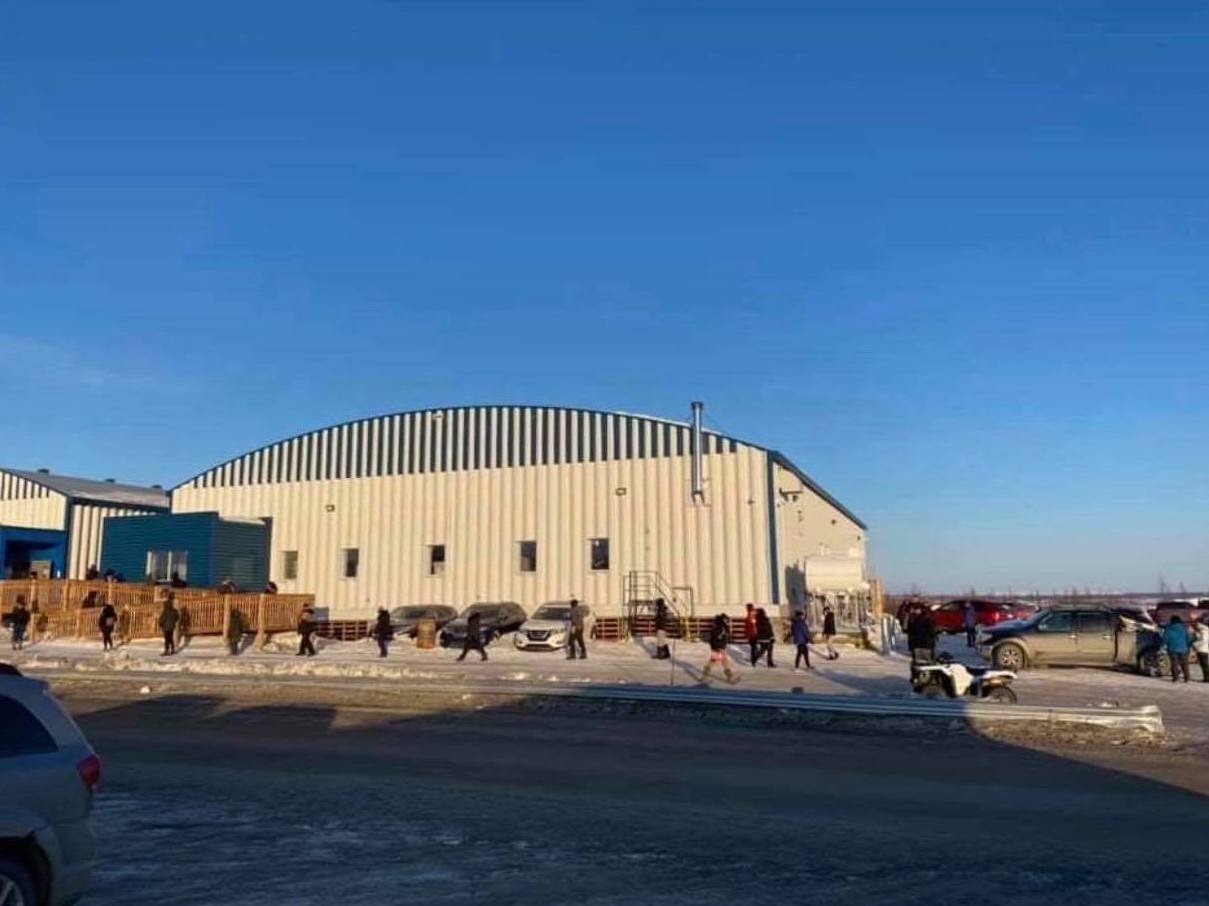 On Monday, April 6, about 65 people line up to buy alcohol at the co-op store in Kuujjuaq. The lineups have grown since measures to limit the sale of alcohol were introduced as a way to stop the spread of COVID-19. (Submitted photo/Facebook)

Nunavik’s move to limit alcohol purchases during the COVID-19 crisis to keep people healthy may have backfired due to a new phenomenon in Kuujjuaq.

Since the hours for purchasing beer and wine at the local co-operative store have been reduced and the amount that can be bought at one time has been cut, a lineup of as many as 65 people can be seen waiting to get into the co-op store when they can buy alcohol.

And the crowding may lead to more restrictions in how alcohol is obtained, the Nunavik Regional Board of Health and Social Services told Nunatsiaq News on Tuesday.

For now, the health board said there are guards at the co-op to help ensure residents are complying with social distancing. 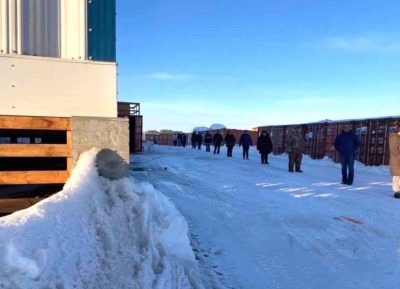 The lineup for beer and wine stretches down this street in Kuujjuaq on Monday. (Submitted photo/Facebook)

Those in the lineup are social distancing to a point, as photos circulated on Facebook show, but some residents of Kuujjuaq say that the alcohol restrictions rolled out on March 26 have created a situation where there is much less physical distancing going on than there should be.

“These restrictions are imposed to limit the harm associated with heavy drinking in the context of the risks of COVID-19 transmission in Nunavik,” stated the announcement on March 26 by the health board, the Kativik Regional Government and its civil security department.

The order limited the purchase of alcohol at the co-op stores in Kuujjuaq and Puvirnituq to either 12 beers or one litre of wine, on Mondays, Wednesdays and Fridays.

As well, Nunavimmiut could purchase 12 beers or one litre of wine from businesses outside Nunavik, such as Marché Turenne, which ship into the region, on Mondays and Thursdays.

But ordering from Marché Turenne adds about $140 to the cost of a 12-pack of beer, due to the minimum cargo freight charge.

“So the limits with Marché Turenne have caused people not to order with them because it’s too expensive, and that in turn is increasing the number of people at the co-op,” said the resident, who asked not to be identified.

The co-operative store in Kuujjuaq used to sell alcohol every day except Sunday, from 3 p.m. to 8 p.m.

But now beer and wine is only available on Monday, Wednesdays and Fridays, leading to big lineups.

Asked about the queues, an email from the KRG said that “generally people are complying with social distancing.”

“But there is still some difficulty in having everyone comply in all situations.”

KRG spokesperson Rhéal Séguin said people have been urged to keep their distance and to stay home.

“I cannot confirm whether the limits imposed on alcohol suppliers in the South is aggravating the problem of compliance,” he said. “Compliance continues to be a challenge for everyone.”

But he said that all the measures so far set in Nunavik, including the curfews, the travel ban, the limit on the sale of alcohol, the ban on snowmobiles travelling between communities and the urgency for people to practise social distancing, has so far kept community transmission of the COVID-19 virus in check.

Messages on the local FM station and other radio and social media outlets will continue to stress the importance of stopping gatherings and abiding by the social distancing directives, Séguin said.

If the situation becomes “too risky” in the lineups, members of the Kativik Regional Police Force and Canadian Rangers would be available to enforce the directives and urge people to comply for their own good and the safety of others, he said.

As of Sunday, there were five confirmed cases of COVID-19 in Nunavik, including four in Puvirnituq, where the co-op store has put a temporary stop to all sales of beer and wine.