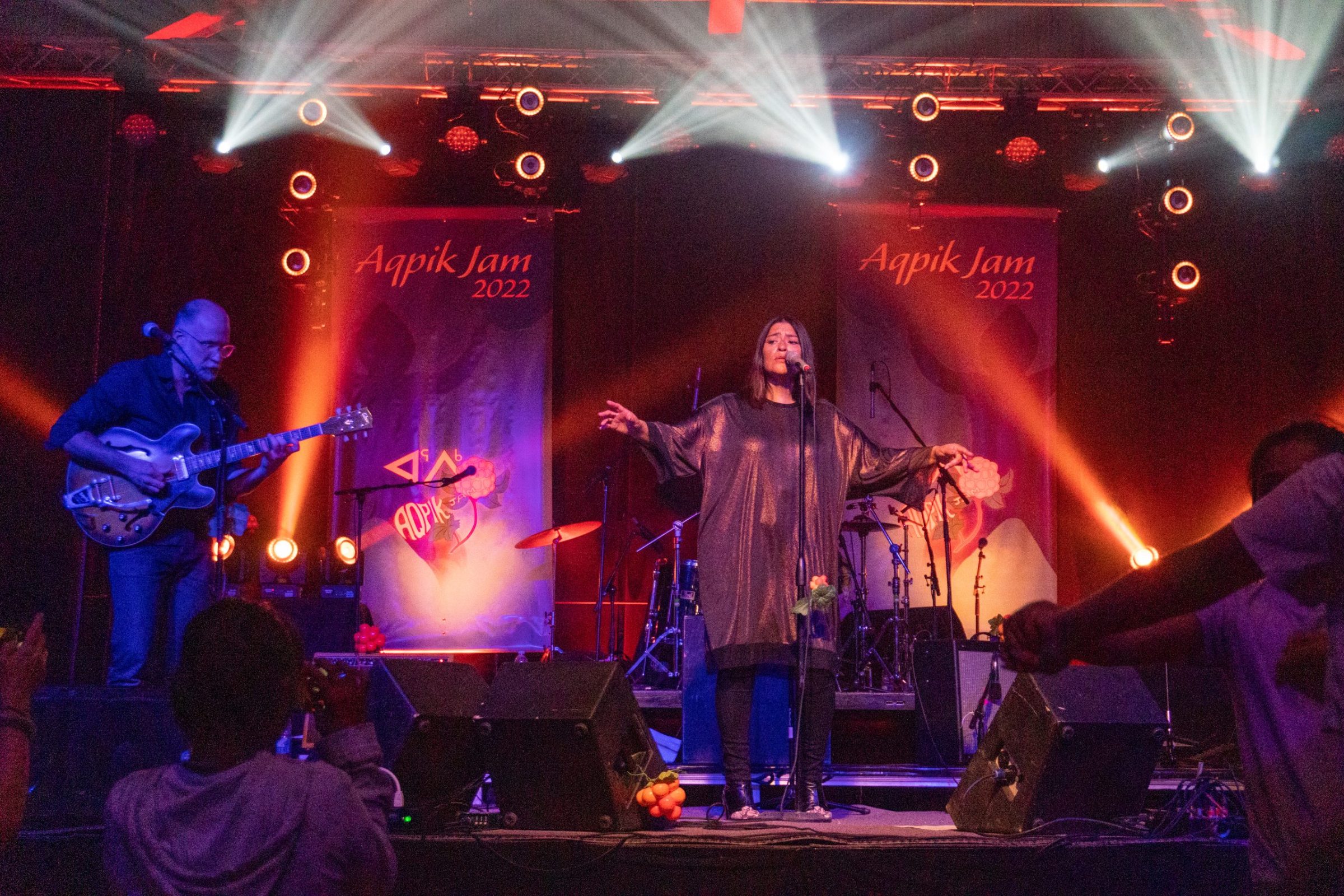 There was a lot to celebrate in Nunavik in 2022, such as the return of Kuujjuaq’s Aqpik Jam summer music festival and the homecoming of Gov. Gen. Mary Simon.

At the same time, the region saw its largest employer temporarily shut down due to a labour dispute, the region’s police faced four investigations, and the federal MP’s first visit left some community members feeling snubbed and disappointed by their representation in Ottawa.

Here are the five top Nunavik stories of 2022:

Several Nunavik communities rang in the new year under strict lockdowns and curfews, after both the Quebec government and Nunavik Regional Board of Health and Social Services imposed new restrictions on gathering limits and mobility.

By mid-January, the health board placed all 14 communities under “red alert.” This meant non-essential businesses and activities were closed, only essential travel between communities was allowed, and a curfew forced people to stay home at night.

“We cannot stay like this forever,” Dr. Marie Rochette, the health board’s director of public health, said at the time.

“We have to reopen with the rest of the province, but again, we want to do it carefully.”

By mid-February, the region started the process of reopening.

According to the bureau, which probes police incidents that lead to deaths or serious injuries, two women died in Nunavik police custody.

“We just want to know the truth,” a family member of Qiluqi said at the time.

The two other bureau investigations announced this year did not involve deaths. In April, a Salluit man was injured in an apparent suicide attempt during an arrest, and in August a Kuujjuaraapik man was injured with a knife.

To date, none of these investigations have been closed. The bureau is still investigating the Kuujjuaraapik and Puvirnituq files, while the other two are in the hands of a provincial prosecutor who will decide whether charges should be laid.

Nickel production at Raglan Mine, Nunavik’s largest private sector employer, was put on hold for close to 15 weeks from May to September when 630 workers went on strike.

It all started after Glencore Group, the company that owns Raglan, and United Steelworkers Union local 9449 failed to reach a new collective agreement.

“We want to demand more respect from our employers,” said worker and union representative Cimon Guy at the time.

Raglan spokesperson Amélie Rouleau told Nunatsiaq News the mine had great safety records and some of the best pay in the mining industry.

Throughout the summer, negotiations continued but required the assistance of a mediator.

On July 20, the union rejected an offer that was presented 10 days earlier and that Guy said was “worse” than the previous offers they had rejected.

Nearly two months later the strike came to an end, as 60.8 per cent of union members voted to ratify a new agreement.

After a two-year hiatus due to the COVID-19 pandemic, the Aqpik Jam festival returned to Kuujjuaq.

From Aug. 9 to 12, hundreds of community members gathered at the Forum to take in performances from the likes of impressionist André-Philippe Gagnon, magician Benjamin Déziel, and singer-songwriter Elisapie.

Elisapie, who is originally from Salluit, told Nunatsiaq News the festival always has a special meaning to her as a place where Inuit artists can share their craft, but also just simply gather and be together.

She called Aqpik Jam “Osheaga of the North.”

“I may be a more established artist, but I am still a kid when I see Tim and The Band play,” Elisapie said of one of her favourite childhood bands.

“In the North, you can’t be a star. There is familiarity here that will always keep you humble.”

Nearly three years after being elected as the Bloc Québécois MP for Abitibi—Baie-James—Nunavik—Eeyou, Sylvie Bérubé visited Nunavik for the first time, but only for a few hours.

Bérubé promised to visit in March 2020, but the COVID-19 pandemic halted those plans.

When she was re-elected in 2021, she said she was still committed to fulfilling that promise.

In October, it appeared that would happen. Bérubé told Nunatsiaq News she had a plan to visit three communities over the course of three days: Salluit, Aupaluk and Kuujjuaq.

But the following day, her staff confirmed she would only be visiting Aupaluk, the smallest of the 14 villages.

The Oct. 12 stopover lasted only a few hours. Bérubé met with the mayor, then went to speak to students and community members at Tarsakallak School.

“I really felt like they wanted to get out of here as fast as possible … It was an in-and-out like you won’t believe,” said Russ Johnson, a gym teacher who has been living in the community for three years.

“I don’t think anybody here is particularly satisfied.”

Johnson said the visit prompted him and other community members to advocate for better federal representation for people in Nunavik.

Meanwhile, Bérubé and her staff said they were sad to hear community members were not satisfied with her visit, but she would be willing to hear any concerns sent to her office.

“As I mentioned to them, I am there for them and they can contact me at my constituency offices,” Bérubé wrote.

“If no one contacts me, I cannot be their voice in Ottawa.”