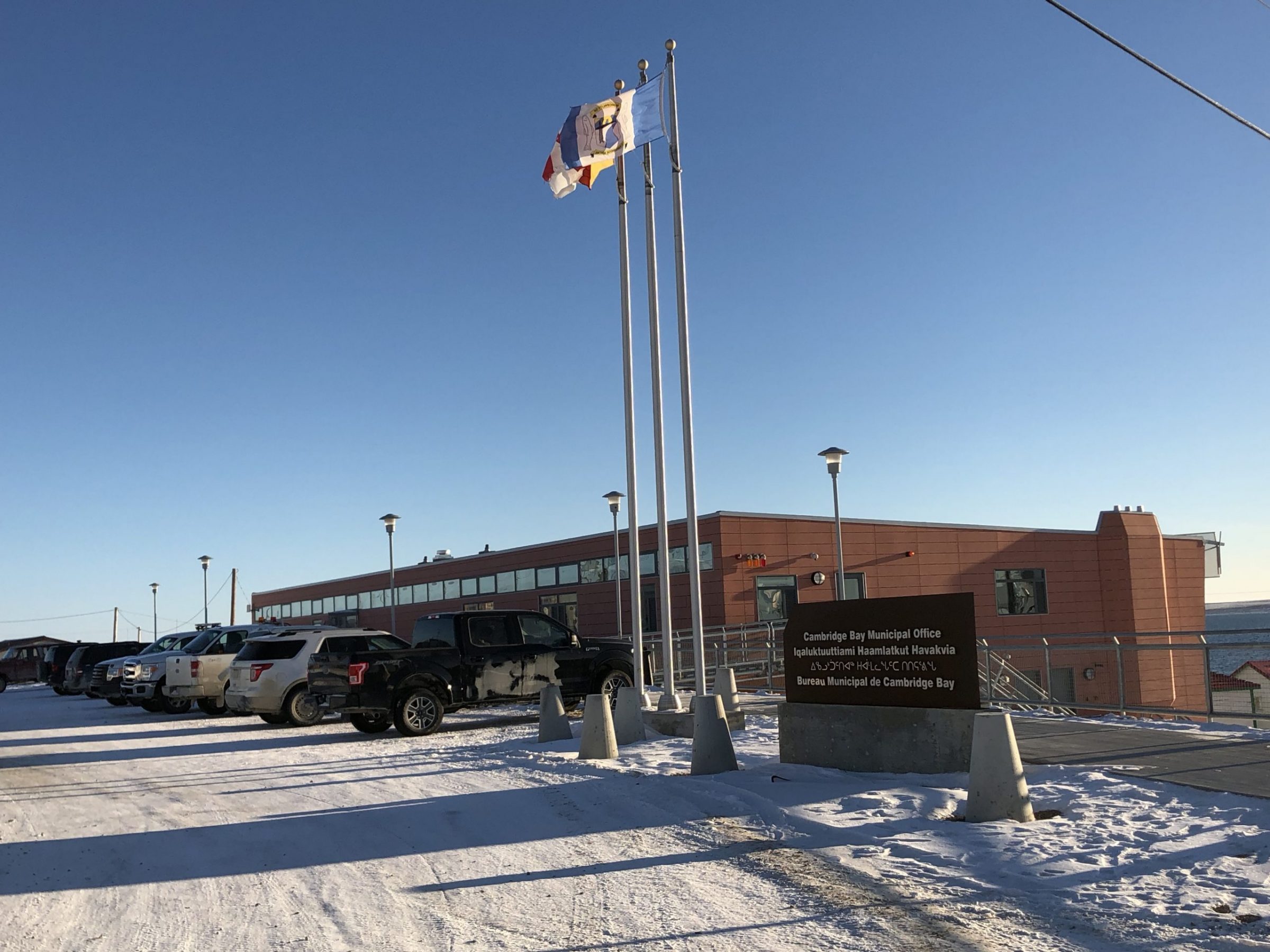 Cambridge Bay is already home to the Canadian High Arctic Research Station, an expanding Nunavut Arctic College campus and regional Nunavut government offices. Now the growing western Nunavut community of about 1,800 has been chosen, although this has not been officially announced, as the new location for the Kitikmeot region’s continuing care centre, said the municipality’s SAO Marla Limousin. (Photo by Jane George)

Cambridge Bay will be the site of a new 24-bed continuing care centre in western Nunavut’s Kitikmeot region, although the Government of Nunavut has not yet made an official announcement to that effect.

That’s instead of Kugluktuk, the location for which former MLA Mila Kamingoak lobbied hard.

The GN plans to build three continuing care centres in the territory’s three regions with a total of 156 beds.

The choice of Cambridge Bay as the location for the continuing care centre in the Kitikmeot was apparently made last spring.

Cambridge Bay’s SAO Marla Limousin told Nunatsiaq News that in mid-March the premier of Nunavut and other GN officials had been expected to make some announcement in Cambridge Bay.

But they never arrived in town due to the sudden COVID-19 travel restrictions, which sent them back to Iqaluit.

Limousin said she learned about the site choice for the continuing care centre later in the spring during a telephone call with a GN employee who contacted her about the project.

More recently, Limousin met with a site evaluator and project manager to look at a possible site for the continuing care centre, which could be built on Lake Road, near the new Kitikmeot Nunavut Arctic College campus and the future recreational centre.

That proposed choice of the site for the centre would be put to the community, as well, she said.

Nunatsiaq News was unsuccessful in its efforts to reach Calvin Pedersen, the new MLA of Kugluktuk, for comment on the future Kitikmeot continuing care centre’s location.

But when the Nunavut legislature gets underway on Monday, Sept. 21, in Iqaluit, you can expect to hear about this from Pedersen and ministers.

The news about the Kitikmeot continuing care centre’s location appears to have been inadvertently revealed in a Government of Nunavut advertisement in the Sept. 14 edition of Nunavut News, called “Working toward better seniors’ care.”

Hickes told Nunatsiaq News that he “will be answering members’ questions regarding long-term care centres during the legislative session convening on Monday.”

Cambridge Bay already operates an elders’ care centre for up to 10 elders above its health centre.

But Limousin said that space would soon be too small.

The Kitikmeot’s five communities are home to about 541 registered elders, according to the Kitikmeot Inuit Association.

Kugluktuk had proposed the construction in its community of a 24-bed long-term continuing care centre that could take in elders requiring extended care or with dementia, who are now sent out of the territory for care.

The hamlet had already prepared the site for the building and committed $1 million towards the $5.34-million down payment they needed for a pre-construction mortgage.

The plan was to start construction in August 2018 and complete the building for 2019.

The hamlet had prepared a long-term fee-for-service contract for the GN to look at, but the deal did not go ahead.

This contract would have allowed the GN to agree to subsidize the centre’s beds over 20 years—the period of time that it would take to pay off the building’s mortgage.

Instead, in May 2019, the Nunavut government put out a request for proposals seeking architectural plans and technical documents for long-term care facilities in all three Nunavut regions.

The RFP was looking for proposals that would create a total of 156 beds in the territory:

More than 30 elders from Nunavut now receive care at the 112-room Embassy West facility, a former hotel in Ottawa that offers types of care unavailable at any of Nunavut’s small, eight-to-10-bed community-based elders’ homes.

That’s because the privately owned Embassy West is the only available facility capable of providing Level 5 care—for seniors who suffer from serious, chronic or unpredictable conditions that require 24-hour-a-day access to registered nurses.

That includes elders who need daily help dressing, eating and bathing, and who may be permanently affected by strokes, Alzheimer’s disease and other severe forms of dementia.

Update
This story was updated once a response from Health Minister George Hickes was received.