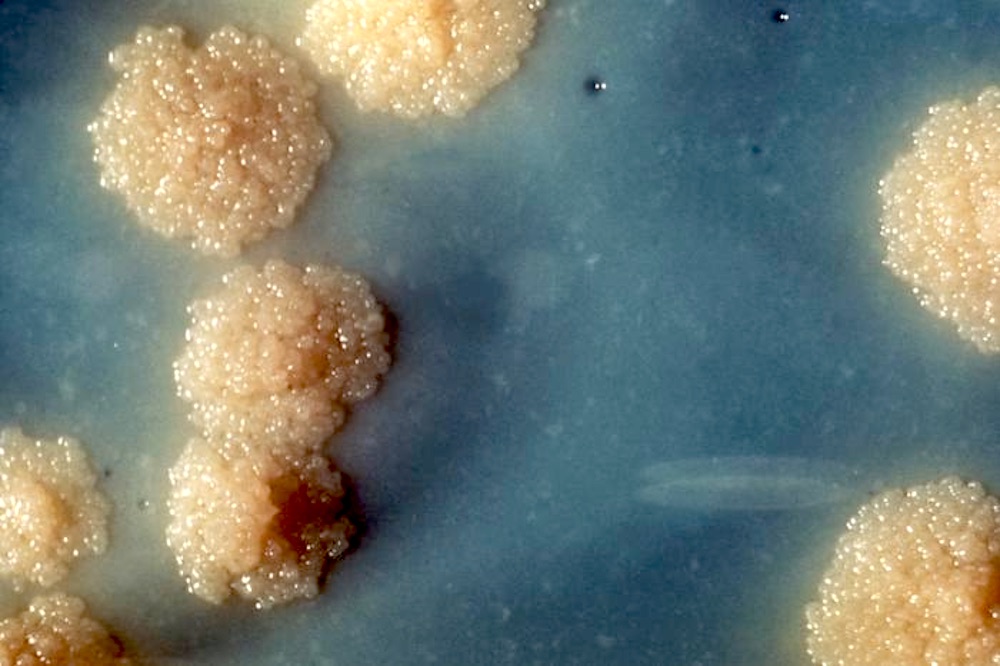 Here’s a close-up look at the bacteria that lead to tuberculosis. In an effort to eliminate the infectious disease in Nunavut, a major screening effort recently took place in Cape Dorset. (File photo)

Nunavut’s Health Department has declared what it calls the “successful completion” of a 12-week effort to screen for tuberculosis in Cape Dorset.

“The clinic in Cape Dorset is part of our government’s ongoing efforts to increase community awareness about TB, its prevention and to increase diagnosis and treatment of both active and latent TB,” said Health Minister George Hickes in a news release.

Similar clinics have been held in two other communities: Qikiqtarjuaq and Whale Cove.

“The knowledge gained from the Qikiqtarjuaq, Whale Cove and Cape Dorset clinics will allow us to develop long-term community-based approaches that will help eliminate TB across the territory by 2030,” said Hickes.

The Health Department did not specify how many cases of tuberculosis were detected in Cape Dorset. But the clinic screened 80 per cent of the community of roughly 1,500 people, the release said.

While in Cape Dorset, health officials also hosted several events, including a community feast and an information session, to provide opportunities for residents to learn more about TB and its transmission, screening and treatment.

During the clinic, screening appointments were coordinated by household, with residents asked to visit the community hall to fill out a questionnaire and receive a skin test, chest X-ray and blood work if needed, the Government of Nunavut said earlier this year.

It’s not clear how many health workers were involved in the Cape Dorset TB clinic.

But for the first TB clinic in 2018, the GN and the federal government deployed about 100 health personnel to Qikiqtarjuaq for a mobile public health operation, during which they set up a fully equipped medical clinic and laboratory.

Screening nearly 500 people in about 600, the doctors and nurses found 12 active TB cases. They also found 24 new latent infections and handed out more than 100 new prescriptions for TB treatment.

A second clinic took place in Whale Cove last November. There, 90 per cent of the community of about 450 was screened, but no infectious TB cases were found.

In March 2018, in Ottawa, one day ahead of World Tuberculosis Day, Jane Philpott, then the Indigenous Services minister, and Inuit Tapiriit Kanatami President Natan Obed announced the goal of eliminating TB across Inuit regions by 2030.

During his visit to Iqaluit this past March, Prime Minister Justin Trudeau repeated the government’s commitment to eliminate TB across the North by 2030.

In 2018, his government’s budget committed $27.5 million over five years to eliminating TB in Inuit Nunangat, with more prevention, screening, diagnosis and treatment.

But a recent study said that if the Canadian government wants to live up to its promise to eradicate tuberculosis in Inuit communities by 2030, it must first address the severe housing shortage across the Inuit homeland.

The study, published by the Journal of Epidemiology and Community Health, concludes that “in addition to strong screening and treatment programmes, alleviating the chronic housing shortage will be a key element in the elimination of TB in the Canadian Inuit Nunangat.”

Overcrowding aids TB infections, which can be spread by breathing the same air as someone who has active TB in their lungs.

The disease typically affects the lungs, but can also affect other parts of the body, like the brain, the kidneys or the spine.

Some of the more common symptoms of TB include a cough that lasts for more than three weeks, night sweats, fever, weight loss, coughing up blood and fatigue.

If left untreated, TB can prove fatal, as in the case of 15-year-old girl from Qikiqtarjuaq in 2017.