Amidst a global pandemic, Passover and Ramadan offer reminders of the importance of community, the home and lending a helping hand 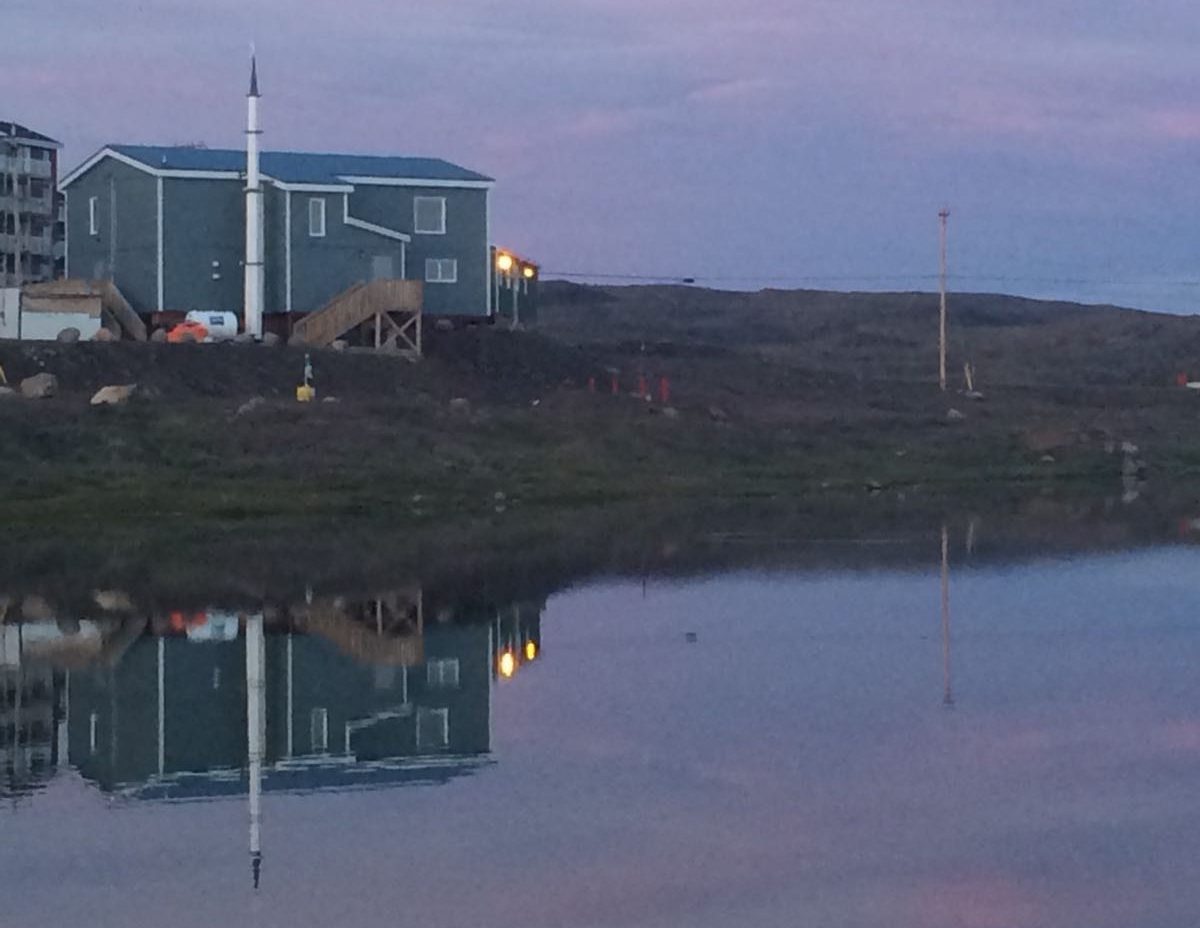 Much like churches across Nunavut, the Iqaluit Masjid, pictured here on the shore of Imiktavviminik Lake, has sat empty for almost a month due to the territory-wide ban on public gatherings, which is the result of ongoing COVID-19 precautions. (Photo by Sarah Ali)

Friday nights at the Iqaluit Masjid are normally the busiest of the week as 20 or so members of Iqaluit’s Muslim community file in for evening prayer, but since early March that hasn’t been the case.

Like churches across the territory, they’ve been forced to close their doors as part of Nunavut’s ongoing pandemic precautions.

“It has been a bit frustrating, definitely,” said Yaqoob Hashmi, a regular at the mosque.

The things Hashmi misses are also being missed the world over: the ability to see friends, chat with them and offer support in any way possible.

Part of life amidst a pandemic involves finding new ways to maintain connections; for Hashmi and the rest of Iqaluit’s Muslim community, and for many other people, that’s done through WhatsApp.

“We’re out of sight from each other, but, still, we feel we’re connected.”

Asif Ali, who currently lives outside the territory, maintains his connection through the WhatsApp group to the community he helped grow.

In 2009, while living in Toronto, Ali got a job as the chief boiler inspector of Nunavut, a move he remembers being hesitant about.

“She said, ‘You know what, if there’s no mosque there, you build one and I know you can do that.’”

Ali understands why those doors are now temporarily closed.

“The preservation of life is one of the highest objectives of Islamic teachings,” he said.

“This quarantine concept is there in Islam for the last 1,400 years.”

One of the things Ali recently shared on the community WhatsApp group was a video of a Muslim cleric talking about how Ramadan will be different this year.

Ramadan, the Islamic holy month, which begins this coming Thursday, is observed through daily fasting and evening community prayer.

“It’s a kind of refresher, bringing the community together on the religious path, helping each other and trying to feel what people think when they don’t have food to eat and no water to drink,” said Ali.

While the evening community prayer isn’t going to happen this year, Ali is also understanding of that.

“You can pray in isolation,” he said.

“Because prayer is between you and God.”

For others like Hashmi, Ramadan under self-isolation only furthers its meaning.

“COVID-19 is just kind of a test, a trial and an opportunity to go back and connect with your God and look at the blessings that we have,” said Hashmi.

“We just can’t go outside, but look at how many blessings we still have inside.”

“How do you have a religion where you can’t congregate around a central place anymore?”

Unlike Iqaluit’s Muslim community, the city’s Jewish community doesn’t have a designated space, so instead of a synagogue, individuals take turns hosting different holidays and gatherings.

Once the Government of Nunavut banned public gatherings, like many, the community found online solutions.

“Until COVID, I had less connection to Jewish religious life even though I had the connection to community life in Iqaluit,” said Peter Driftmier.

“Now the rest of the Jewish world back in Calgary, as well as other places, are essentially opening their doors over Zoom.”

While tuning into services online comes with challenges like different time zones and videoconferencing logistics, like ensuring participants unmute their microphones, this option has allowed Driftmier and his partner Amy Matychuk to participate in ways not possible before.

“The first Shabbat since the pandemic shut down services, there was a young girl who was supposed to have a Bat Mitzvah, so we all attended,” said Driftmier.

“There were, I think, a 100 people online all cheering for her in the comments section and congratulating her and that was really beautiful.” 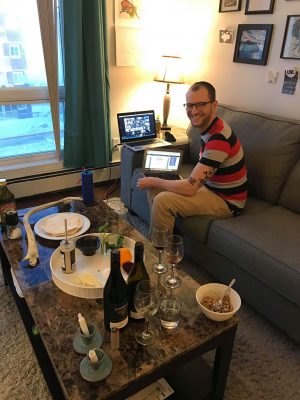 With laptops in hand, Peter Driftmier prepares to take his Passover seder online, an option only now available to him due to how people have responded to the ongoing COVID-19 pandemic. (Photo courtesy of Amy Matychuk)

Not only have Driftmier and Matychuk been able to able to virtually attend Shabbat services and even a Bat Mitzvah, but they also tuned into live streams of Passover seders.

Passover, a Jewish holiday that typically falls around the same time as Easter, recounts the tale of Moses’ quest to free the Jews from slavery under the Egyptians, a story that may be best known for its 10 biblical plagues.

To celebrate, Jews typically participate in two seders, or feasts that involve reading, drinking wine, and the retelling of stories, which is then followed by a week of eating unleavened bread called matzoh, the same kind of bread eaten by the Jews as they escaped slavery.

“Passover is one of the most beautiful Jewish holidays,” said Driftmier.

“We remember the fact that we were once slaves and now we’re free.”

While the contrast between the theme of freedom and self-isolation may seem ironic, for Driftmier there’s a lesser-known, more recent part of the story that echoes the situation religious communities around the globe are finding themselves in: observing from home.

According to Driftmier, the Jewish religion changed dramatically roughly 2,000 years ago when the Romans destroyed the second temple and the Jews were expelled from ancient Palestine.

“How do you have a religion where you can’t congregate around a central place anymore?” asked Driftmier, recalling the question ancient Jews were forced to reckon with.

“The Passover Seder was the first kind of cool experiment with the home and the family and the dinner table as being [the answer to] how do you keep a religion alive and a history alive?”

So despite the challenges imposed by COVID-19, Driftmier and Matychuk are looking at the situation positively.

“It’s a good … reminder that we’re all in this together.”