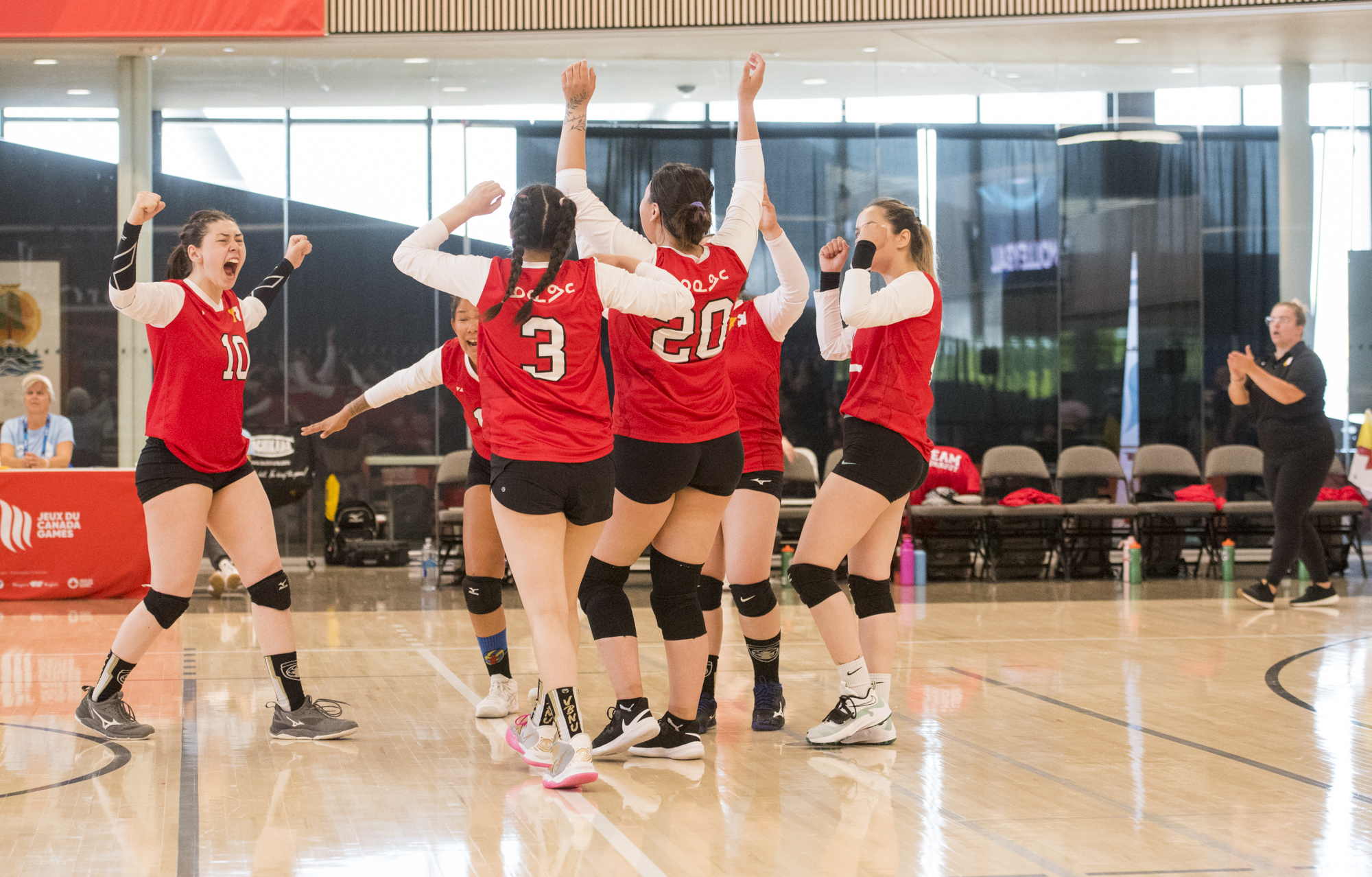 Even though Team Nunavut’s indoor volleyball team lost its final game to Team NWT on Aug. 19, the players put in a great effort and showed team spirit. (Photo by Denis Cahill, special to Nunatsiaq News)

Winning the good sportsmanship award — which Team Nunavut was given at the Canada Summer Games — is kind of like being named best teammate.

It doesn’t mean you’re the best in the game; it doesn’t go to the team with the most medals. And it’s certainly no consolation prize, like a participation ribbon.

It means you were the best team to play against. You gave it your best effort, played by the rules, never quit, and at the end showed grace, win or lose.

There was something more to the Nunavut competitors at the games held over the past two weeks, and it wasn’t just that they were the underdogs. Underdogs are a dime a dozen, there’s one in every game.

In this case, with Nunavut, it was different. The other teams felt it, and certainly the audience did too. Maybe “sincerity” comes closest to describing it.

The games, which wrapped up Aug. 21, were staged in Ontario but probably no one from there ever said they wanted to win one for Ontario.

Most of Nunavut’s athletes knew they were long shots to contend for a medal but they were inspired to compete — for Nunavut.

“It’s home,” said Jeff Seeteenak, chef de mission for Team Nunavut. “And the way they see it, I think it’s because they’re seeing it as a family.

“Nunavut is the family. Representing the territory.”

Wrestler Eekeeluak Avalak, from Cambridge Bay, said after he won the gold medal that thoughts of his ancestors kept him going when it got tough.

“Each time the guy shot on me when I was defending, I was thinking of my ancestors. If they can go days without food and continue running in blistering cold weather, then this is nothing compared to that,” he said.

His teammate, Kaaju Arreak from Iqaluit, said that as he watched Avalak win a match for the right to wrestle for gold, “I was almost tearing up as well … because he was also representing us as Inuit to win gold.”

Another wrestler, Chasity St. John from Arviat, said thinking of her territory and her family helped her deal with nerves before her first match.

“I have younger siblings back at home, so I wanted to make them feel proud of my territory,” she said.

Her territory. Her home.

That’s the feeling the crowds and the other athletes recognized, and they embraced it because it was genuine.

There were two or three other matches going on at the same time Avalak won gold, but the entire gym stood to applaud him. The audience knew.

Likely it comes from knowing Nunavut has always been the underdog, and not just at these games where it fielded the smallest team but faced the biggest obstacles to get there.

If it wasn’t “the little team that could,” it was certainly the one that would break its back trying. Who ever imagined Nunavut would field a beach volleyball team? Now that’s cool.

Nunavut is Canada’s underdog, the youngest territory with the smallest population. And the North’s mistreatment at the hands of the rest of the country is well documented, especially over the past 18 months.

It only won the one medal at these summer games, but it was also named most sportsmanlike. The best teammate.

Not bad, Nunavut. Not bad at all.