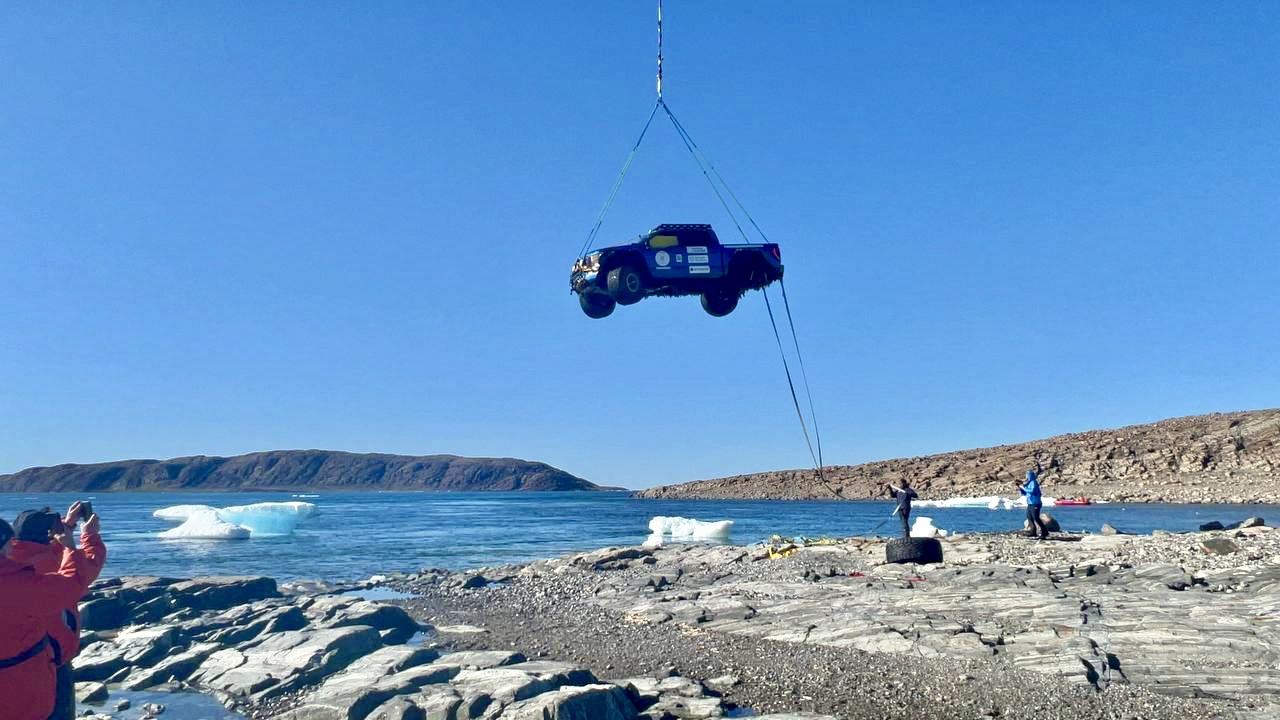 The Transglobal Car Expedition team has recovered the pickup truck it lost in the Arctic Ocean five months ago.

The Ford F-150 was part of an overland excursion from Yellowknife to Resolute Bay when on March 23 it broke through thin ice near the Tasmania Islands and sank during a return trip to Cambridge Bay.

A 12-member team travelled to Gjoa Haven on Aug. 25 to recover it.

The truck was located 11 metres deep in the water and its position had shifted about four metres over the past five months, said Andrew Comrie-Picard, who was part of the expedition and the recovery team.

It took a group of experienced Arctic divers to bring it out of the water. They dove down to the truck, attached airbags to it, and floated it to the surface.

Comrie-Picard said the team experienced only slight challenges due to weather conditions, which made it difficult for the two divers who were attaching the airbags.

“The [water] current was very powerful. We had to wait until the tides were turning,” he said.

“And we only had about two one-hour windows per day to do the work, so we had our two inflatable boats out there [and] when the diver was diving we were fighting the current with the motors.” 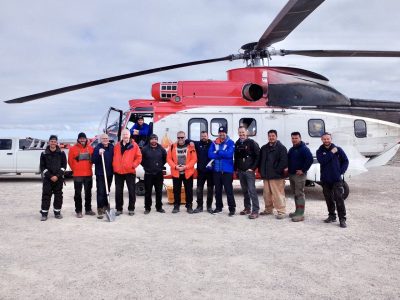 Andrew Comrie-Picard who was part of the 12-member team (pictured), said the team was surprised to find that very little fuel had leaked out of the truck and into the water during the time it was there. (Photo courtesy of the Transglobal Car Expedition) 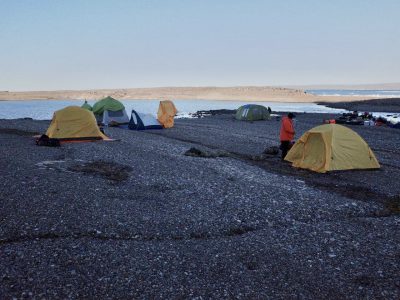 The team spent three days of the recovery operation from Gjoa Haven, about 300 kilometres from the site where the truck went in, and later setting camp on the Tasmania Islands (Photo courtesy of the Transglobal Car Expedition)

Comrie-Picard said once the truck was brought ashore, the team was surprised to find very little fuel and other liquids had leaked from the vehicle and into the water during the five months it was submerged.

“We went over all of the reservoirs [in the vehicle] — the fuel tank, the oil pan, the radiator, coolant, battery, transmission — all these things to make sure that they didn’t leak any fluid,” he said. “It appears that nothing leaked out of any of those containers, which is great.

“We estimate that less than three litres of fluid escaped the vehicle.” 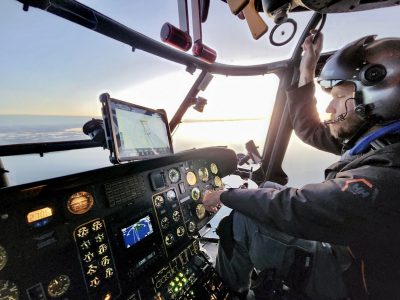 The F-150 was airlifted to Gjoa Haven and awaits its return to Montreal via sealift. (Photo courtesy of the Transglobal Car Expedition) 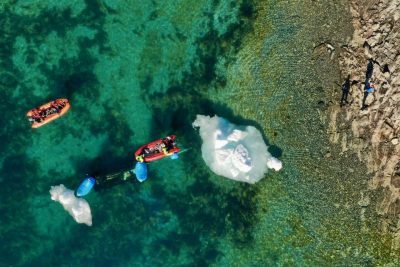 The Ford F-150 was part of an overland excursion from Yellowknife to Resolute Bay and was lost during the team’s return trip to Cambridge Bay. (Photo courtesy of the Transglobal Car Expedition)

The truck and the team are both back in Gjoa Haven, where the F-150 was airlifted to await its return to Montreal via sealift.

The vehicle is no longer driveable due to corrosion to some aluminum parts and damage to other parts such as the vehicle’s drivetrain transfer case and axles.

Comrie-Picard said the purpose of the expedition was not only to recover the truck, but also to take it out of the environment to avoid contamination to the land.

“Having an understanding of what the land means — it fueled our efforts, even more, to leave the land in a pristine state,” he said.

Previously, Comrie-Picard has said the team might try to repair the vehicle, use parts of it that still work or display it at the Arctic Trucks factory in Cheyenne, Wyo.

The Transglobal Car Expedition involves a team of 16 Russians, Americans, Ukrainians, Canadians and Icelanders who hope to do the first-ever wheeled vertical circumnavigation of the globe.

The Yellowknife to Resolute Bay trek this year was seen as a test run prior to an attempt to complete that journey.