COVID-19 takes the wind out of small Nunavut hotel operation 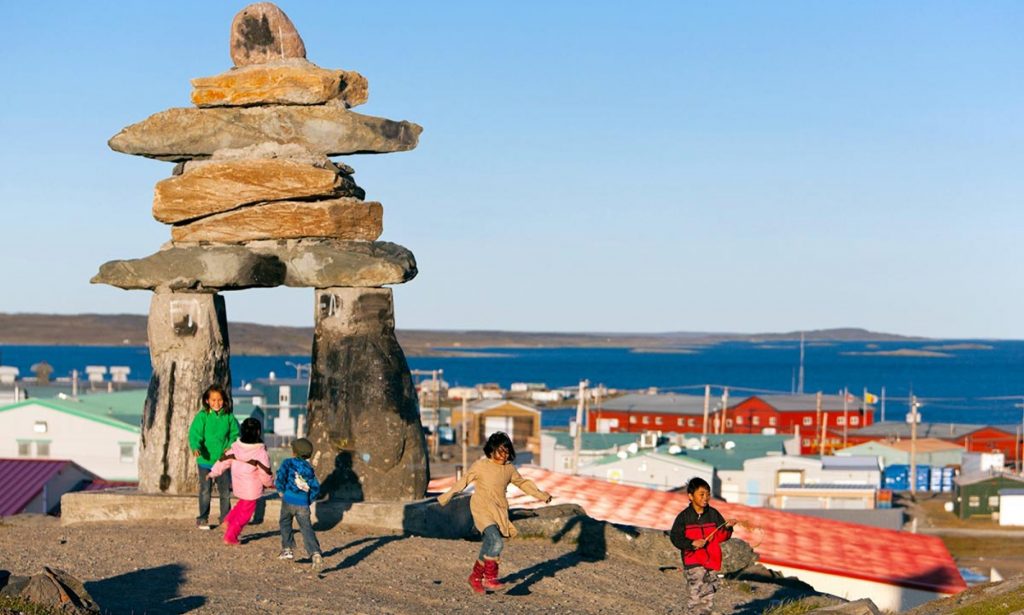 Since the COVID-19 pandemic restrictions came into effect in Nunavut last March, Rankin Inlet has seen little traffic, which has affected businesses like the Nanuq Lodge and Nanuq Executive Suites. (File photo)

With non-essential travel still discouraged within and to Nunavut, hotels outside the territorial capital continue to feel the impact of COVID-19 restrictions.

Business at the small privately run Nanuq Lodge and Nanuq Executive Suites in Rankin Inlet has finally begun to pick up.

But Nanuq still has vacancies, whereas, before the pandemic, this popular place to stay was usually booked solid, said Page Burt, who runs the business with her partner John Makayak Hickes.

“Business just died in March. A whole lot of people got stuck, and then there was no business,” Burt said.

Nanuq took a big financial hit when Nunavut’s COVID-19 restrictions halted all but essential travel in March and airlines cut back their service through Rankin Inlet.

The fund was launched on April 20 to provide short-term help paying for ongoing fixed costs for small- and medium-sized businesses in all three territories.

The NBRF would provide qualifying businesses like Nanuq with up to 100 per cent of eligible fixed costs, up to a maximum of $100,000 over a four-month period, retroactive to April 1.

But when Burt spoke earlier this month to Nunatsiaq News, she said they still hadn’t received any CanNor money.

To keep cash flowing, Nanuq decided to collect on bills that were still unpaid after last fall’s ransomware attack that delayed Government of Nunavut’s bill payments.

“They paid, so that was good,” Burt said.

As for Nanuq’s employees, one was laid off, one stayed, Burt said.

But she said, “It was stressful because you worry about how long it is going on. It wasn’t normal, but it wasn’t as horrific as things sounded in the south.” 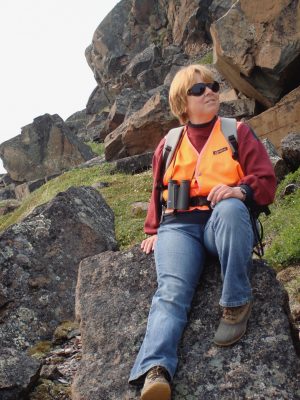 During the summer, Page Burt works as a naturalist guide at the Bathurst Lodge in Bathurst Inlet, which shut down for the 2020 season due to the pandemic. (Photo by Jane George)

Nanuq operates nine rooms in the lodge, each with an ensuite bathroom with shower, and, in a newer hotel adjacent to the lodge, there are nine rooms with double beds and seven two-room suites.

In 2016, Alex Sammurtok, MLA for Rankin Inlet South, who was pushing for an elders’ care facility in his home community, suggested Nanuq Lodge might fit the bill.

But that suggestion did not move ahead. As well, construction on the new, planned 24-bed long-term care facility in Rankin Inlet was cancelled this summer to allow for the design to include new infection-prevention standards.

Since the pandemic began, Nanuq has increased its disinfecting of rooms, Burt said, although guests do not have to wear masks.

Nanuq supplies no meals, but there are microwaves and fridges in every room and new convection burners, so guests can cook for themselves.

But she’s no longer cooking muffins because guests told her they want everything to be wrapped.

Burt usually spends part of every summer as a naturalist guide at the Bathurst Lodge in Bathurst Inlet.

But that lodge also cancelled its 2020 season.

“That came to a screeching halt because people just can’t come,” Burt said.

As for the restrictions, Burt said she accepts them: “with the housing situation here it would be hard to keep elders from getting sick.”

Meanwhile, the economic toll of COVID-19 continues to add up in the Kivalliq region, where the 2020 Kivalliq Trade Fair was also cancelled.