“How long do our citizens of Iqaluit have to wait to begin to feel safe? We need action.” 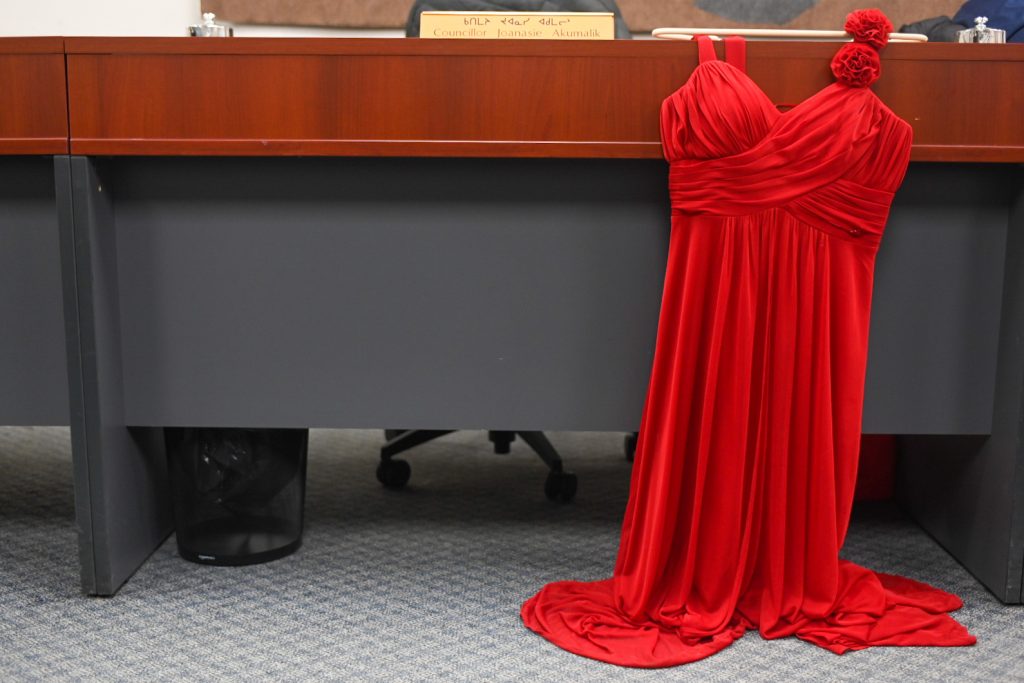 Last week, on Feb. 7, Iqaluit RCMP charged a man with second-degree murder, after a 43-year-old woman was found dead in a Nunavut Arctic College housing unit.

Then, over the weekend, police asked the public for help finding Mosesee Nakashook, 50, who was later charged on Tuesday for the attempted murder of a 37-year-old woman.

“Those persons deemed responsible for those offences are in custody and I’d like to just reiterate our thanks to the public for the support,” said Staff Sgt. Garfield Elliott, who was on hand to present the city’s final 2019 crime statistics.

“Over the last three years actual files rose [to] 3,100 files, about 1,000 files a year on average, so that is a significant increase,” said Elliott.

The number of people taken into custody and held in cells at the RCMP detachment also rose in 2019, from 2,925 the year before to 3,164. That’s an increase of eight per cent.

When Elliott last addressed the council at the end of November, he reported that with staffing additions they had been able to respond to the growing number of calls.

Starting in December, Elliott said that additional staff have also allowed them to conduct walkthroughs of establishments serving alcohol.

“We have a list of people that are on conditions and we assign—each watch—people to be accountable to go and check and so they go based off of our priorities and make the checks,” said Elliott.

“If it’s a really busy night for calls, then we’re probably not going to get the door knocks in but on quieter nights we’ll do door knocks and check for curfew or alcohol compliance.”

Mayor Kenny Bell agreed. “I’m personally glad to hear that you started in December checking on people because almost every single news release that is released by the RCMP the accused is breaking a condition of alcohol or curfew.”

“If we can get to them before they do the violent crimes or the second violent crime—I’m not sure what they’re on conditions for—that will definitely help the situation. I was going to bring that up tonight, so I’m glad that you said that.”

“My duty to speak whenever possible”

Afterwards, Coun. Janet Brewster made an impassioned member’s statement on the subject of violence against women.

“As an advocate for missing and murdered women and someone who has felt this tragic loss of life and the impacts on our family firsthand, I feel it is my duty to speak whenever possible,” said Brewster.

“Losing my aunt Sylvia, Sylvia Ann Lyall here in this city has never left me emotionally well.
Advocating for her has led me to gain an even more intimate knowledge of violence beyond my own lived experience as a child and as a woman. Yesterday was also Sylvia’s birthday.”

“When we grieve a loved one that has been taken from us in such a horrific way, or feel the pain of a loved one that is injured in senseless and selfish acts of violence, it takes an emotional toll. Not only are we affected by the loss, or the pain, we are affected by every woman we know or don’t know, that has endured some type, or continues to endure, some type of violence or loss of life,” said Brewster.

“I ask that we let down our fear, that we make sacrifices, invest in change, and advocate our government, our Inuit organizations, all our city councillors including myself, our schools, our media, and in our social spheres, and with all stakeholders to make a real effort that has real impact, to bring these senseless acts to a halt. There must be a more organized approach.”

Brewster called on the Government of Nunavut to implement its crime prevention strategy.

“How long do our citizens of Iqaluit have to wait to begin to feel safe?” she asked. “We need action.”

“Today, I call upon the territorial government to reinstate the Ilagiitsiarniq working group on family violence, as the work is far from over. The calls to action and implementation of that action must be informed by those that have the greatest influence on potential action from the front line community groups and upwards.”

“I want to ensure that these ideas or perhaps better, strategies, turn swiftly into action,” said Brewster.

“Let’s take this step together, for the safety of Iqalungmiut, to end violence and increase awareness of the causes and consequences of violence and build capacity of partners to prevent and respond to violence.”

“Systemic issues that are affecting our community”

Coun. Joanasie Akumalik also spoke on the events of the past week.

“I don’t even know how to deal with this,” he said.

“We lost a resident last week and on behalf of her I have this red dress in front of me.”

Akumalik asked residents to be more aware and more vigilant.

“These things are happening in our very own community. Why? Because there’s a lot of issues going on, the beer and wine, drugs, the community population growth,” Akumalik said.

“I’m glad that we have the public safety committee on the agenda.”

Later in the evening, Bell spoke to that: “I’d like to restart the public safety committee the city used to run, I’m not exactly sure when it stopped but I’d like to start it again.”

“I believe I was the last chair of the public safety committee, I would like to see and review some new terms of reference for that committee,” said Sheppard.

“Do we want this to be a committee that points out a missing sign for a crosswalk? Or do we want to look at systemic issues that are affecting our community?”

The consensus was that the focus should be broad systemic issues.

The motion passed unanimously, with a small amendment that the terms of reference will be revisited and brought to the council for approval.