‘They needed to be adjusted to reduce the chance of events like this happening again,’ says Dr. Patterson 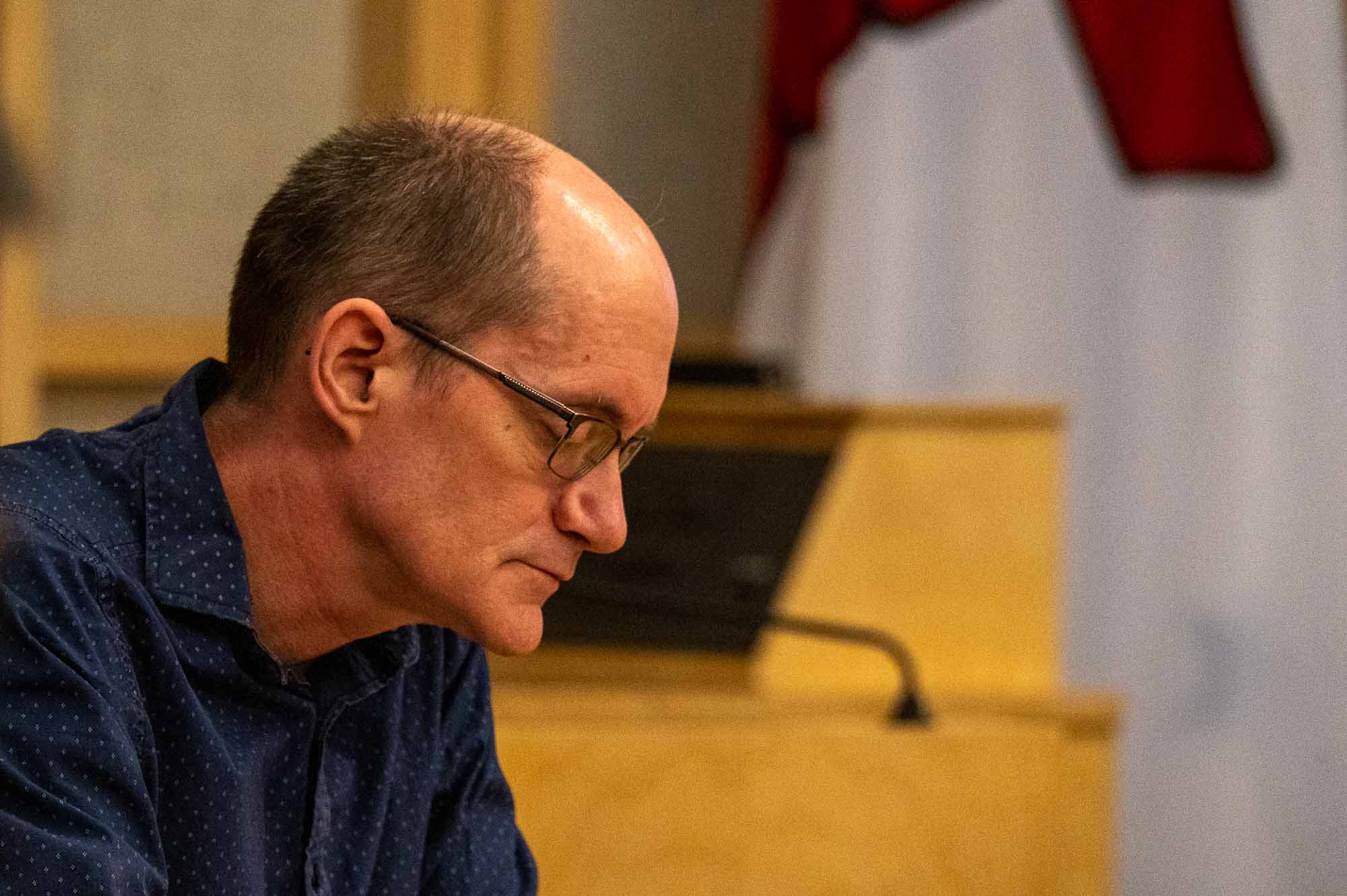 Nunavut’s chief public health officer Dr. Michael Patterson announced Friday that all restaurants and bars in the territory will be limited to operating at 50 per cent capacity beginning on Monday, April 26. (Photo by Dustin Patar)

Beginning on Monday, all restaurants, bars and clubs in Nunavut will be limited to operating at 50 per cent capacity.

Restaurants in Iqaluit and Kinngait will continue to operate as takeout only.

Dr. Michael Patterson, the territory’s chief public health officer, made that announcement during a news conference on Friday morning after two bars in the capital city were identified as places of possible exposure.

“Almost all of the cases have been identified through those sites and the rest have been through being identified as contacts of people who were there,” said Patterson.

While this means that those who hadn’t been to either bar have a low chance of having been exposed to COVID-19 in Iqaluit, Patterson also said it prompted the Department of Health to broadly rethink public health measures.

“They needed to be adjusted to reduce the chance of events like this happening again,” said Patterson.

The announcement comes as nine new cases were reported in the territory, bringing the active-case total to 37.

Two of those new cases are in Kinngait and are directly linked with the original infections reported earlier this week.

According to Patterson, because those individuals have not recently travelled to Iqaluit, the cases in Kinngait now constitute an outbreak.

Meanwhile, in Iqaluit, seven new cases have been confirmed alongside eight more recoveries.

Recoveries are recorded when it has been 10 days from the onset of symptoms and the individual has been symptom-free for at least 24 hours. For asymptomatic people, the 10-day period begins when the test swab was collected.

Patterson said some recoveries appeared soon after last week’s initial COVID-19 announcement because there were a few people who were symptomatic before the first case was diagnosed.

The origin of Iqaluit’s COVID-19 outbreak is still unknown.

Patterson added that among the new cases identified in Iqaluit today is one individual who contact tracing teams do not have a link for yet, though that work is ongoing.

Iqaluit Public Health has set up a surveillance testing site at the cadet hall to take more swabs, get faster results and expand contact tracing into lower-risk contacts, Patterson said.

Patterson asks that only those with appointments go to the surveillance testing site. Individuals under isolation will continue to have a nurse visit them for swabbing.

To date, 491 tests have been administered in Iqaluit and 35 have been carried out in Kinngait.

Although the results of the variant tests were expected by the end of this week, Patterson said those have yet to come in.

Patterson also used the news conference as a chance to weigh in on the recent cancellation of the Nunavut Quest.

“I realized that this is a significant event and one many members of the community were looking forward to,” he said.

“However, given the current risk, the organizers have made a decision that reduces the risk of introducing COVID-19 to multiple communities.”

Meanwhile In Iqaluit, local stores, such as Northmart, that briefly experienced outbreak-induced shortages of some supplies, are now once again stocked.

Premier Joe Savikataaq said that Canadian North cargo services are now fully caught up, the result of service changes made by the airline on Thursday.

As of Friday, 14,915 Nunavummiut have received the first dose of their Moderna vaccine and 11,940 are now fully vaccinated.

According to data presented by Canada’s chief public health officer Dr. Theresa Tam during a virtual news conference on Friday morning, 53.7 per cent of Nunavut adults now have at least one dose of the vaccine.

Although this places Nunavut third in the country, behind Yukon and the Northwest Territories, Health Minister Lorne Kusugak continues to urge Nunavummiut to receive their doses.

“The vaccines are here in Nunavut and they are readily available,” he said.

Nunavummiut who would like to book a vaccination appointment can call their local health centre.

COVID-19 updates will continue next week on Monday, Wednesday and Friday at 11 a.m. eastern time.