Mapsalak said he still wants Rivoire extradited, and that their meeting wasn’t enough 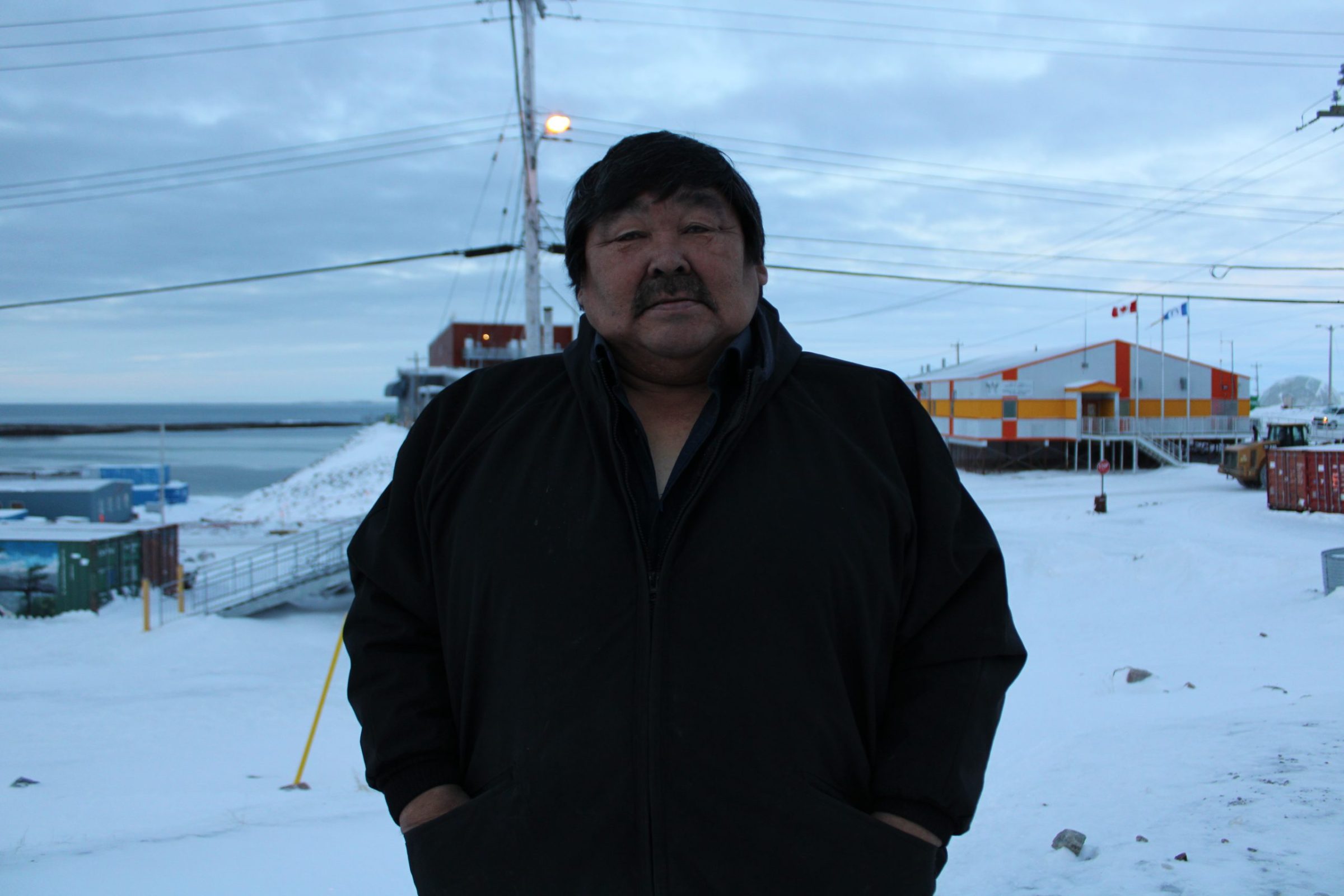 Steve Mapsalak stands outside in his home community of Naujaat on an early fall morning. (Photo by David Venn)

After crossing an ocean to face the priest he says abused him, Steve Mapsalak has a message for other Inuit with similar experiences: Speak up.

“Knowing there’s victims out there that are not saying anything — I wish that they could come forward … and not to be embarrassed in coming forward and speaking about what that person did,” he said.

Mapsalak travelled to France in September as part of a delegation led by Nunavut Tunngavik Inc. in an effort to demand the extradition of Rev. Johannes Rivoire to face an indecent assault charge.

Rivoire worked in Arviat and Naujaat as a parish priest for the Roman Catholic Church between 1960 and 1992. He has been accused of sexually abusing children during that time. He left Canada in 1993 to live in France.

RCMP charged Rivoire in February, about five years after several previous sex-abuse related charges that stem from 1998 had been stayed. Mapsalak’s accusations, along with those from three others, resulted in those initial charges.

Upon returning to his Naujaat home on Sept. 18, Mapsalak spoke on the radio, had a visit with family, and met with a counsellor.

“I feel a lot better — like a lot of relief inside of me — with a lot of help, of course, with counselling,” he said in an interview.

In July, the federal Justice Department confirmed it had asked France to send Rivoire back to Canada to face the charge against him. That request has since been denied.

For Mapsalak, returning home from his trip to France has been a welcome experience. He said he and his brother, who also alleges he was abused by Rivoire, had the chance to talk about how it felt to speak to Rivoire, face to face.

Rivoire denied the allegations, according to Mapsalak.

“The answer that he gave was totally not agreeable to me,” he said. “So as soon as he answered, I left the room.”

Rivoire’s lawyer, Thierry Dumoulin, told Nunatsiaq News that Rivoire denies all allegations of sexual abuse made against him.

“The accusations are completely unfounded. He contests them,” Dumoulin said in French in an interview in late October.

Rivoire is also currently in the process of being removed from the Oblates. That process has not finished, said Dumoulin, and Rivoire contests the move.

“He did nothing to deserve … that he be expelled from the order that he loyally and faithfully served for his entire life,” Dumoulin said, adding that if necessary, he will represent Rivoire at proceedings in Rome.

Mapsalak said he still wants Rivoire to be tried in a Canadian court, and he’s in communication with French lawyer, Nadia Debbache, who is trying to get French officials to prosecute the Oblate order for protecting Rivoire.

He added that he feels that the alleged abuse he and other Inuit experienced isn’t about the religion. It’s about the person.

“I still feel that way because … I’m still Catholic.”

— With files from Emma Tranter