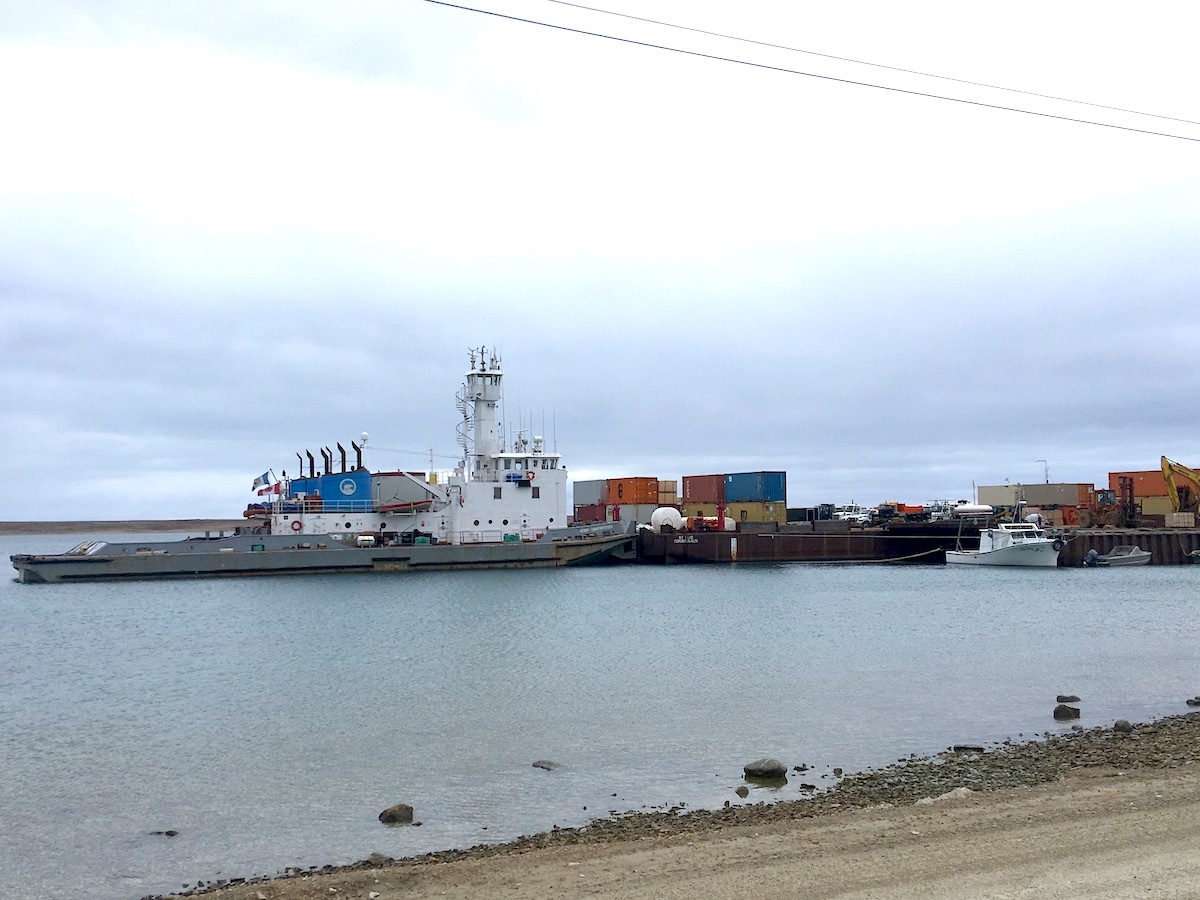 The Henry Christoffersen, a barge owned by Marine Transportation Services, ties up at the Cambridge Bay dock in August 2019. On board were many vehicles and other cargo on their way to clients in the hamlet who waited nearly a year to receive them. Now the company says it won’t be coming to Cambridge Bay at all in 2021 due to “low customer demand.” (File photo)

Marine Transportation Services barges are not making regularly scheduled deliveries to Cambridge Bay this summer, and it’s not clear whether that service will return.

The company, owned by the N.W.T. government, confirmed the news after posts started circulating around Facebook this week.

The cancellation comes as a surprise to the Municipality of Cambridge Bay, said chief administrative officer Marla Limousin. The hamlet had just placed a booking for two trucks to be shipped with the company.

According to MTS, the decision is “in response to consistently low customer demand.”

Stephanie King, terminal supervisor for the GNWT and MTS, said in an email to Nunatsiaq News that MTS will continue to provide regularly scheduled cargo deliveries to all N.W.T. coastal communities and to Kugluktuk in Nunavut.

“MTS will also continue to offer charter services to destinations outside of the N.W.T. — including Cambridge Bay — for commercial customers,” she said.

She did not say whether it would return to service Cambridge Bay in future years.

The N.W.T. government has been running the barge service, which does summer deliveries to Mackenzie River and Arctic coastal communities, since 2016, when it purchased the assets of the nearly bankrupt Northern Transportation Co. Ltd. for $7.5 million.

After that, the company became known as Marine Transportation Services.

“It’s a loss for their company, the people who work for them and for our northern communities as well,” she said.

MTS, and its forerunner NTCL, have a history of service problems in Cambridge Bay.

In 2018, Gray was among many who saw their cargo deliveries postponed several times and then abruptly cancelled in October 2018.

At the time, MTS said sea ice conditions prevented the barge from making its way to western Nunavut.

The cancellation left the barge’s load of fuel, construction supplies, heavy equipment and vehicles stranded in the N.W.T. until 2019, although smaller items, such as groceries, were sent on to Cambridge Bay by charters.

Many clients were angry about the cancelled barge and wanted to be compensated for their losses, which for some included having to make monthly payments for vehicles that they wouldn’t see for a year.

Peter Laube, owner of Kalvik Enterprises Ltd., was also affected by the 2018 barge cancellation, but says he had still been planning to use the company this year because he wanted to send trucks up to Cambridge Bay from Alberta via the MTS shipyard in Hay River.

“MTS was convenient because you do a lot of business in Yellowknife and Edmonton, and it’s easy to get to Hay River,” he said.

Laube said he would now be looking to buy his new vehicles from Quebec.