The unmarked gravesite is located near Cowessess First Nation in Saskatchewan 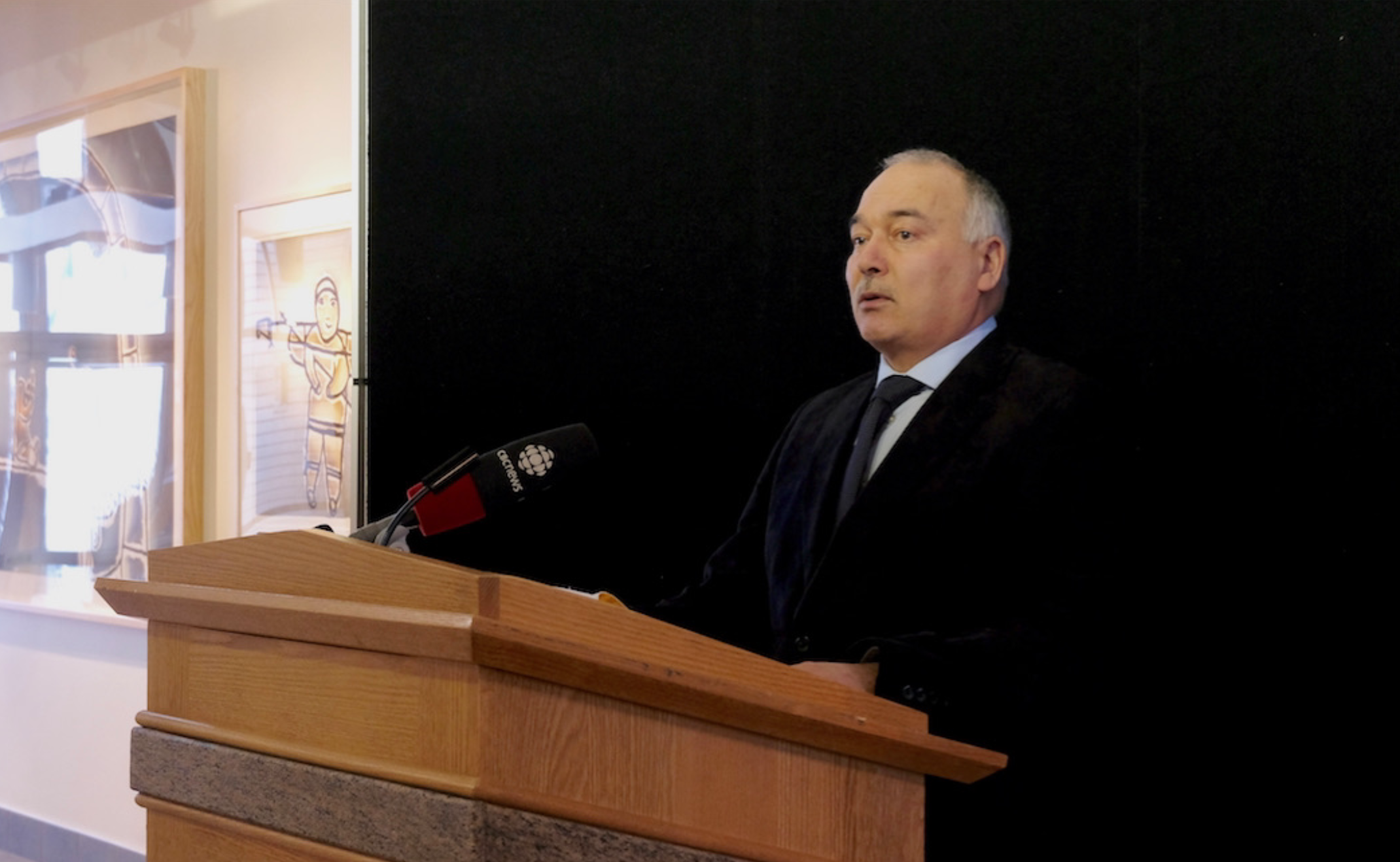 Nunavut Premier Joe Savikataaq called for truth, accountability and meaningful reparations for Indigenous Peoples, following the finding of 751 unmarked graves near a former residential school in Saskatchewan on Thursday. (Photo by Mélanie Ritchot)

Reacting to the news, Savikataaq asked, “How many more residential school mass grave discoveries are Indigenous Peoples expected to endure?”

“It was already too much when our children were systematically stolen starting in 1883.”

The unmarked graves are located near the former Marieval Indian Residential school, which is about 160 kilometres east of Regina.

The announcement adds to an estimated 215 bodies located in Kamloops, B.C., last month.

Savikataaq called for immediate accountability for all those responsible for the residential school system, apologies to the thousands impacted, and meaningful reparations.

Iqaluit Mayor Kenny Bell also reacted strongly to the news, tweeting Thursday that he’s asked city staff to lower the flags outside of city hall indefinitely, except for the Pride flag which has just been raised.

“Next council meeting, I will leave my chair to [make a] motion to immediately tax the churches,” Bell wrote.

Back at Cowessess First Nation, Chief Delorme said “every one of our Cowessess members has a family member buried [at the gravesite],” in a written statement.

“The pain we are feeling is real.”

He said the First Nation’s goal is to locate, identify and put a mark down to honour its loved ones. 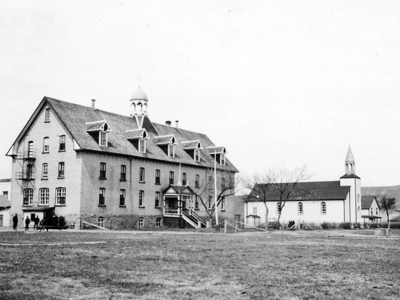 Unmarked graves where 751 former students were buried have been discovered near Marieval Indian Residential School in Saskatchewan. (Photo from the Societé historique de Saint-Boniface, Reference No. SHSB 1458)

Prime Minister Justin Trudeau said in a written statement the findings in Marieval and Kamloops are part of a larger tragedy.

“No child should have spent their precious youth subjected to terrible loneliness and abuse,” he said.

“No families should have been robbed of the laughter and joy of their children playing, and the pride of watching them grow in their community.”

Trudeau also said the federal government will provide Indigenous communities across Canada funding and resources to bring these “terrible wrongs” to light.

The territory’s MP, Mumilaaq Qaqqaq, tweeted about the findings in Saskatchewan and said, “Canada, do not get used to these numbers.”

“Do not let them become statistics.”

Marieval Indian Residential School was run by the Roman Catholic Church between 1886 and 1970. In the 1960s, the church removed the headstones at the site, stated Delorme.

Saskatchewan had the highest number of residential schools out of the provinces and territories in Canada.

In 2015, the Truth and Reconciliation Commission documented former students’ stories of torture, rape and other abuses.

Premier Savikataaq wrote to the federal government in 2019, calling on them to extradite a former priest, Johannes Rivoire, who is accused of abusing Inuit children in the 1960s while serving as a missionary at a former residential school in Chesterfield Inlet.

Rivoire, who is now in his 90s and lives in France, is also known to have worked in Arviat, Naujaat, Rankin Inlet and Baker Lake.