Savikataaq opposes plan to have the public pick Nunavut’s premiers

“What we have now is the most democratic system” 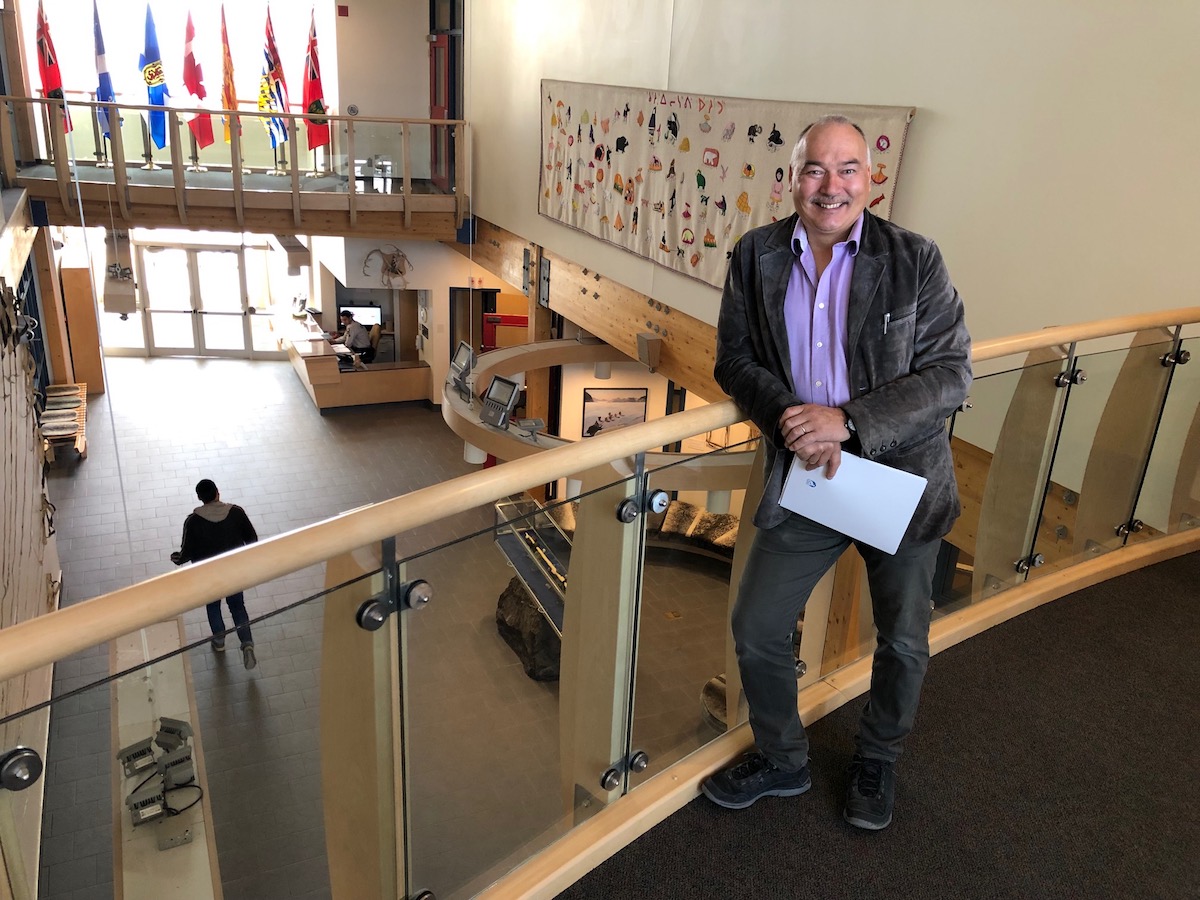 Nunavut Premier Joe Savikataaq smiles as he stands above the foyer of the Nunavut legislature in Iqaluit a year after he became the territory’s premier. “I’m proud to be premier. I love my job and the people I work with, my staff and all my cabinet members and MLAS because I know we all have to work together, he said. “We all have different opinions about how we can get to the goal but we all have the same goal…. We all want to leave Nunavut in a better state than we got it.” (Photo by Jane George)

A plan being floated to have Nunavut’s premier directly chosen by voters doesn’t have the support of the person currently holding the job.

“I think what we have now is the most democratic system,” said Nunavut Premier Joe Savikataaq.

The premier’s comment, offered in a wide-ranging interview with Nunatsiaq News, comes in reaction to an announcement by Aggu MLA Paul Quassa on June 5, the last day of the spring legislative sitting, that he would make a motion during the next sitting for a plebiscite on how Nunavut’s premier is elected.

Quassa’s proposal comes one year after Nunavut’s MLAs voted to oust him as premier.

His plan would see a premier chosen by eligible voters in the territory, and not, as is the case now, by MLAs in the legislative chamber.

But Savikataaq said there’s no reason to change the way premiers are chosen in the territory.

“Our MLAs pick the cabinet, our MLAs pick the premier for their constituents, and the premier is absolutely accountable to the MLAs, which was proven last year,” Savikataaq said in an interview timed to coincide with his 12-month anniversary as premier.

A Nunavut-wide elected premier might not be accountable to the MLAs, Savikataaq suggested, adding that he didn’t know whether the MLAs could even remove the premier under that scenario.

“There are more questions … it wouldn’t be a simple process,” said Savikataaq. 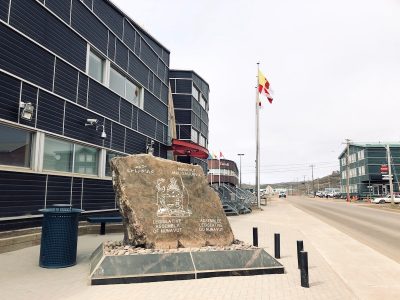 When the Nunavut legislature has its fall sitting, Aggu MLA Paul Quassa says he plans to make a motion for a plebiscite that would seek changes to how Nunavut elects its premier. (Photo by Jane George)

As well, things could be difficult if the premier came in with a mandate different from that of the MLAs.

For now, the premier comes up with a plan for the government that is presented to cabinet. This then gets supported by all the MLAs. It’s not just put forward by the premier, he said.

And what if a universally elected premier decided to change the government’s vision after being elected, Savikataaq asked.

“What it is, is going to a party system without calling it that,” he said of Quassa’s call for a universally elected premier. “Here we run as a team. And MLAs can remove a leader and they demonstrated that they could, and they did.”

Savikataaq said he and Quassa are on speaking terms.

“I talk to him. We talk,” Savikataaq said. “In lot of situations like this you have to turn the page and get on with it.”

A looming discussion about electoral reform is not the only challenge Savikataaq faces in his second year as premier.

There’s also what he called “confusion” over money that Inuit Tapiriit Kanatami recently received from Ottawa for work in the areas of education and health—for tuberculosis prevention, early learning and child care, and tobacco reduction.

These are areas in which Nunavut usually delivers services as a public government.

ITK has also produced a strategy on Inuit needs for more social housing, which the Nunavut Housing Corp. now oversees.

Concerns about how the Government of Nunavut would work with Inuit organizations on housing also came up in the legislature on June 3, when Arviat North-Whale Cove MLA John Main asked whether the GN has a system to direct future collaboration with these organizations.

But there isn’t and “it’s a confusing time. Because we’re not exactly sure how it’s going to work out,” Savikataaq said.

Savikataaq said ITK has told him they don’t want to be a service provider—but Savikataaq said he’s shared his concerns with the prime minister about the money going to ITK.

Right now, by law, the GN is the service provider to everyone in the territory, he said.

If the GN is no longer going to be a public government, then you’d have to open the Nunavut land claims agreement, he said.

Between the GN’s own Blueprint for Action on Housing and the recommendation for more housing in the report by the National Inquiry into Missing and Murdered Indigenous Women and Girls, “we have a more convincing case for the feds to do something,” Savikataaq said.

As for the MMIWG report, now being looked at by Nunavut’s family services department, Savikataaq said there’s only one way to meet that recommendation for more housing, that is, with more federal funding for it.

On many common issues, including the response to the MMIWG report, the two other northern premiers are expected to provide support to Nunavut.

The premiers also want to ensure that the territories play a big role in the new Arctic Strategy and Framework, Savikataaq said—which ITK has said it also wants.

After their meeting in Dawson City, the premiers will try to solicit support from the western premiers later this month and then from the other Canadian premiers when they all meet in Saskatchewan early in July.

Meanwhile, as Savikataaq nears his one-year mark in office, he said he’s proud to be premier and loves his job.

He’s full of praise for his team of staff, cabinet members and MLAs.

“Everyone works together. It’s a bit slower process than we’d like for the treatment centre and bringing the elders back,” he said.

These are two priorities that the premier said he wanted to work on when interviewed last August.

But Savikataaq said his government has its mandate and they know what they want to get done.

“It takes time to get done what we want to do because of the process of budgeting and the financing,” he said. “We’re still working towards a treatment centre and an elders home and we’re closer than we have ever been, but we’re not quite there yet.”