A roundup of the Nunavut legislature’s busy fall sitting

The territory now has one new MLA, a new statutory holiday, nine passed bills and a lot more 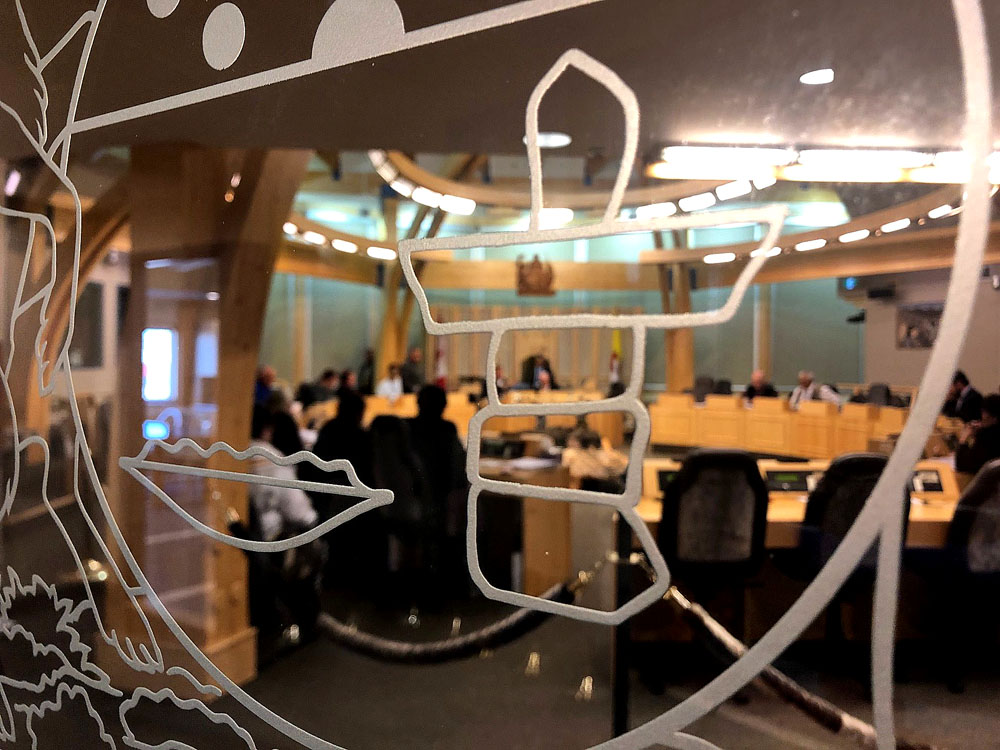 It was an eventful fall sitting at Nunavut’s legislature. Among other accomplishments, MLAs passed a new capital budget, created a new statutory holiday and amended the Income Tax Act. (File photo)

The fall sitting of Nunavut’s legislature, which wrapped up on Thursday, Nov. 7, was a busy one.

The three-week sitting began on Oct. 17, opening with the swearing-in of David Qamaniq, the newly elected MLA from Pond Inlet and closed on Nov. 7, with the passing of Bill 29, which saw Nunavut Day become a statutory holiday.

During the sitting MLAs also passed Bill 30, the Appropriation Act—the government’s capital budget—but not without some setbacks.

Earlier in the sitting, the Nunavut Housing Corp.’s $43-million capital budget vote was deferred because of disputes over the accuracy of the data used to determine where the territory’s next social housing units will be built.

Two days later, on Oct. 24, MLAs also voted to defer the Department of Health’s $27.5-million capital budget after substantial confusion and concern over the funds earmarked for the immediate construction of a long-term extended-care facility for seniors in Rankin Inlet.

In the final days of the sitting, after much deliberation and conversation, MLAs came to a consensus and approved the capital budgets for both the housing corporation and the Department of Health.

Also approved was Bill 26, an amendment to the territory’s Income Tax Act intended to help take the sting out of carbon pricing, and Bill 32, which allocated an additional $544,000 to the Department of Community and Government Services to cover additional travel expenses for Team Nunavut during next year’s Arctic Winter Games.

On Nov. 2, before the last week of the sitting, the Government of Nunavut’s computers fell victim to ransomware, which in addition to causing a plethora of ongoing problems, also led to a number of questions from MLAs concerned about the status and security of the government’s computer systems.

Many of the other questions asked throughout the sitting focused on everything from long-term care facilities and the fibre optic line project, to employing local people on housing construction projects and the territory’s expanded wolf sample collection program.

All three made it through the second reading and were referred to the standing committee on legislation.

On the second to last day of the sitting, Paul Quassa, MLA for Aggu, also revisited the issue of holding a territory-wide plebiscite on the direct election of the premier.

“Over the past few months I have continued to hold discussions on this subject with constituents and colleagues, and I am pleased to take this opportunity to express my appreciation for the many thoughtful comments that I have received,” said Quassa.

Earlier in the year, during the spring sitting, Quassa indicated that he would be introducing a motion during the fall sitting for the plebiscite.

Instead, Quassa announced that he would be providing more time for his colleagues to consider the issue, adding that he looks forward to revisiting the topic before the end of their term.

While the fall sitting might be over, MLAs will once again descend upon the legislature in less than two weeks.

From Nov. 25 to Nov. 28, the legislative assembly’s standing committee will hold televised hearings on Bill 25, the long-awaited Act to Amend the Education Act and the Inuit Language Protection Act.

This will give the standing committee, the sponsoring minister and the key stakeholders the chance to discuss the amendments to the act that were introduced earlier in the year.

Those interested in watching the hearings can do so on local community cable stations and direct-to-home satellite services, as well as the Legislative Assembly of Nunavut’s website.