Nunavut’s top stories of 2021: Territorial and federal elections give Nunavummiut new representation while territory grapples with legacy of residential schools and reconciliation 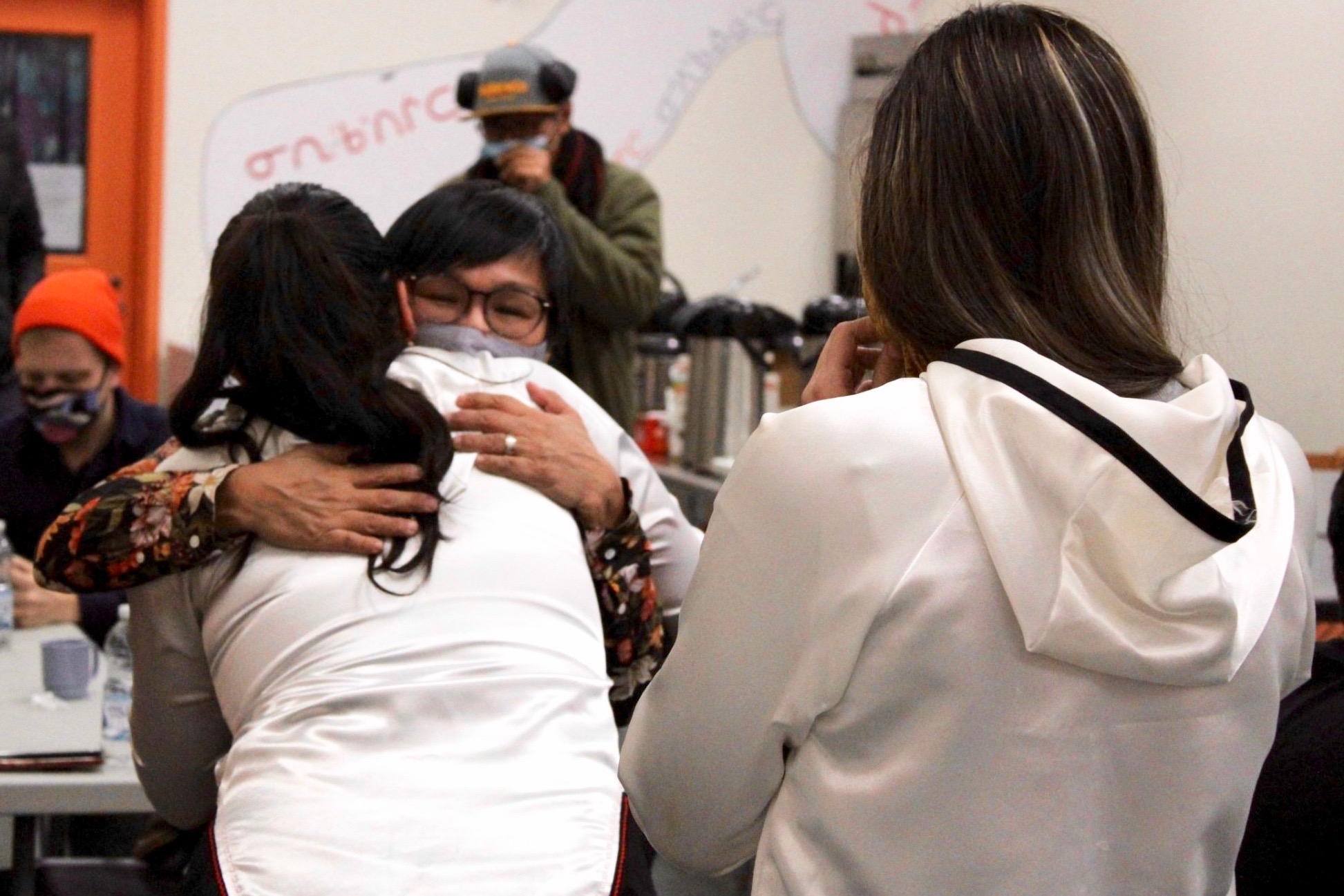 Lori Idlout hugs her daughters after receiving the most votes in Nunavut’s federal election riding on Sept. 20. (File photo by David Venn)

This year brought Nunavummiut COVID-19 lockdowns, the wrap-up of a two-year hearing on a controversial mine expansion and a shake-up in political leadership.

The new year will kick off with those new leaders settling in at Nunavut’s legislative assembly and the House of Commons.

Here are Nunavut’s most important news stories of 2021.

Idlout blew past Conservative Laura MacKenzie and Liberal Pat Angnakak with 47.9 per cent of the vote.

A new face in territorial-level politics, Premier P.J. Akeeagok, unseated former Nunavut premier Joe Savikataaq when his colleagues chose him for the role on Nov. 17.

Akeeagok is former president of the Qikiqtani Inuit Association. He said he has strong working relationships with Prime Minister Justin Trudeau and Nunavut Tunngavik Inc. president Aluki Kotierk — which he says will come in handy for benefitting Nunavummiut.

First Nations across Canada located the remains of hundreds of children’s bodies at former residential schools this summer.

It began in late May after Tk’emlúps te Secwépemc First Nation located remains of 215 children at the former Kamloops Indian Residential School in British Columbia.

In the following days, Iqalummiut visited Iqaluit Square and left T-shirts, stuffed animals and shoes to honour the children, and MLAs spoke about their own experiences with residential schools during a legislative assembly sitting.

“To my parents who went from six children to one in a matter of hours, I feel your pain,” Ehaloak said. 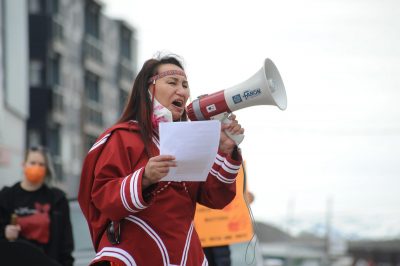 Mary-Lee Aliyak, who organized the rally, called on the federal government for justice and shared her experience of being a survivor of the residential school system on July 1. (File photo by David Venn)

The Ontario-based mining company wants to build a 110-kilometre railroad between Milne Inlet and the mine, an additional dock at the port and to double its iron ore shipping to 12 million tonnes per year through the Tallurutiup Imanga marine conservation area.

The in-person hearing originally began in November 2019 and abruptly ended only a few days in, after Nunavut Tunngavik Inc. president Aluki Kotierk brought forward a motion to postpone it, saying that Inuit hadn’t been adequately involved in the process.

It resumed for two weeks in January and February 2021.

In February, a group of hunters from Pond Inlet and Arctic Bay occupied the airstrip at the Mary River mine for a week to protest the expansion. It cost Baffinland $14 million, according to the company.

The protesters, who call themselves the Nuluujaat Land Guardians, demanded meetings with the Qikiqtani Inuit Association, Nunavut Tunngavik Inc. and the minister of northern affairs, Dan Vandal.

They met with Vandal, who has the power to approve or reject Baffinland’s project, in June over the phone to talk about the impacts the expansion may have on the community.

Meanwhile, the January and February hearing got so far behind schedule that the board had to plan another session for nine days in April.

Just two days into the April session, Iqaluit had a confirmed case of COVID-19 and the board decided to send participants home.

On Nov. 6, after community representatives from nearly every affected hamlet said they do not support the expansion, the in-person hearing concluded.

Over the course of 2021, Baffinland did, however, receive support from some hamlets, including Arctic Bay, Sanirajak and Grise Fiord. The company also pledged more money and more jobs for affected communities.

Despite this, some north Baffin Island residents still don’t want the expansion.

“[The expansion] will ruin our waters,” said Pond Inlet resident Anita Uvuttuvak during the hearing. “The people of Pond Inlet have already lost so much.” 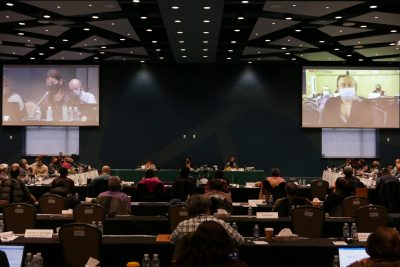 Residents in Arviat spent the first four months of 2021 in and out of lockdowns as they dealt with a COVID-19 outbreak that began in November 2020.

The hamlet reported 339 cases and one death caused by the virus by the time the outbreak ended.

On April 20, the hamlet threw a parade for being COVID-19-free.

It felt “kinda like a war just ended and we won,” said Arviat resident Eric Anoee Jr. that day.

Whale Cove residents also dealt with an extended outbreak. From November 2020 to February 2021, the hamlet of 453 residents had 23 COVID-19 cases.

And Iqaluit, in the spring and summer, saw a surge of 253 COVID-19 cases, causing residents to be in lockdown for nearly four months.

Nunavummiut have seen the construction of new infrastructure across the territory, and contracts signed to build more in the coming years.

The health centre in Kinngait has eight clinician rooms, a dentistry room and more, and it has pictures from local photographers on walls throughout the building. Sanikiluaq also has a new health centre.

Former health minister Lorne Kusugak said at the time Nunavummiut should expect to see this level of health centres across the territory.

“This will be the minimum that we have going forward,” he said.

“We really built it with a healing lens,” McLeod said.

And in August, the federal government announced $42 million funding for a deep-sea port in Qikiqtarjuaq to be completed by 2027, and the former minister in charge of the Qulliq Energy Corporation, Jeannie Ehaloak, approved three new power plants for Cambridge Bay Gjoa Haven and Igloolik that will cost, collectively, about $122 million.