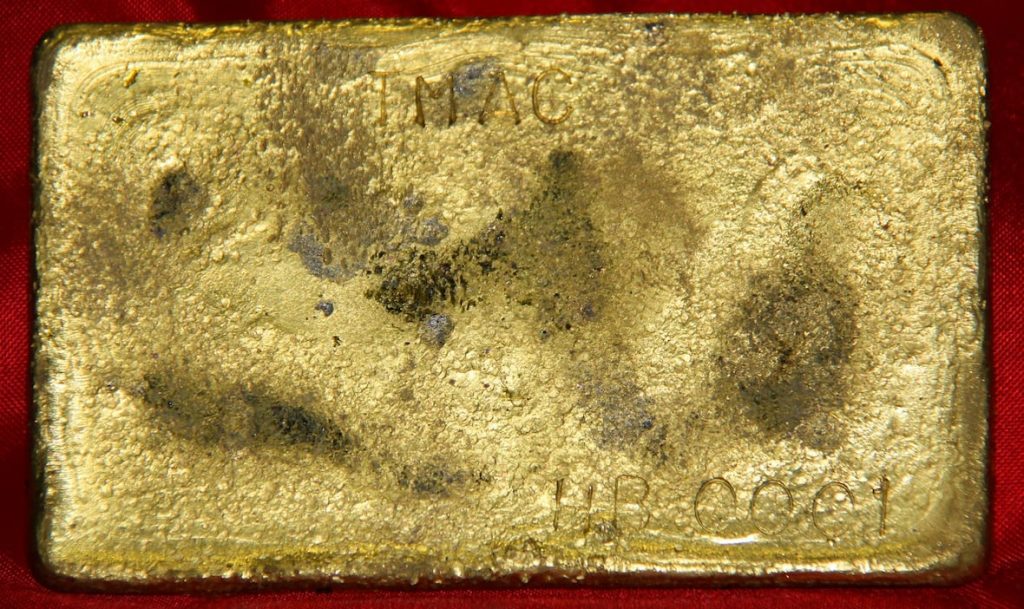 TMAC Resources Inc. completed its first gold pour in February 2017 with gold from its Doris North mine in western Nunavut. News that a Chinese-owned gold miner wants to buy TMAC became the top-read story of 2020 on Nunatsiaq.com. (Photo courtesy of TMAC)

In a year in which COVID-19 dominated the news, the top-read story on Nunatsiaq News’ website for 2020 might be a bit surprising.

It caught the interest of more than 60,000 readers — the proposed sale of TMAC Resources Inc. to the Chinese-owned Shandong Gold Mining Co. Ltd., better known as SD Gold.

On May 8, TMAC, which owns the Hope Bay gold mine complex in western Nunavut, announced it was poised to be bought up by the Chinese gold-mining giant.

That proposal continued to generate a lot of interest through the year, with stories on how the Kitikmeot Inuit Association and Arctic experts viewed the deal.

But on Dec. 21 TMAC announced that the federal government had rejected the proposed sale.

The company said it was evaluating its “next steps,” and thanked Inuit communities and Nunavut’s leadership for their patience during the regulatory review process.

The second most-read story of the year touched on a call to the federal government: Nunavut Tunngavik Inc. said Ottawa should forgive any debts incurred by Inuit who collected the Canada Emergency Response Benefit when they were ineligible to do so during the COVID-19 pandemic.

Delegates to Nunavut Tunngavik’s annual general meeting in Cambridge Bay said in a resolution that many Inuit didn’t understand that by accepting the money they would be penalized later.

The CERB is a temporary federal income support for people who had stopped working due to the COVID-19 pandemic, amounting to $500 a week for up to 16 weeks.

Did killer whale attacks beach bowhead whales in the Gulf of Boothia? 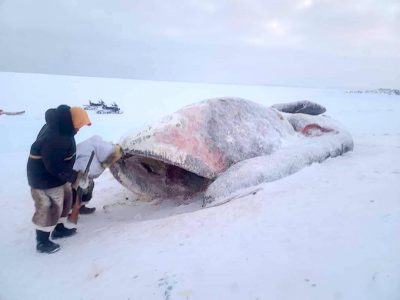 Andrew Panigayak Jr. and Isaac Panigayak peer into the mouth of a beached bowhead carcass they found in October along the Gulf of Boothia, about 100 kilometres overland from Taloyoak. (Photo courtesy of Lenny Aqigiaq Panigayak)

The third most-read story of the year concerned the discovery of four beached and mutilated bowhead whales by Kugaaruk hunters on the Gulf of Boothia in October.

Their injuries pointed to killer whale attacks, according to officials with the Department of Fisheries and Oceans.

These weren’t the only beached bowhead whales spotted this fall: hunters from Taloyoak also found one.

• On April 7, the Government of Nunavut called teachers back to the territory’s schools. To limit the possible spread of COVID-19, schools in Nunavut, which had shut their doors on March 17, were initially to remain closed to students until April 7. That date was pushed back to April 20 and then to April 21. The reopening caught many teachers who had left the territory by surprise.

• On April 30, Nunavut confirmed its first case of COVID-19 in Pond Inlet, but this case soon turned out to be a false positive. 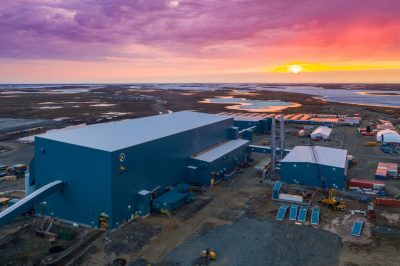 • Agnico Eagle Mines Ltd. said its Meliadine mine in Nunavut would go into a “complete lockdown” starting March 30. Agnico Eagle announced the move following a social media uproar created by an employee of one of the mine’s contractors who made dismissive remarks about the mine’s efforts to screen for COVID-19.

• In early March Nunavut’s Arctic neighbour, Greenland, remained a COVID-19-free zone. But the risk of the new coronavirus in Greenland was taken seriously enough that Prime Minister Kim Kielsen started to hold news conferences, which would continue during the pandemic as COVID-19 found a foothold on the island.

• On Aug. 20, a 52-foot aluminum sloop, owned by New Zealand boat builder and sailor Peter Smith, was spotted entering the Northwest Passage. He was told to leave: cruise ships were banned from Canadian Arctic waters in 2020 to prevent the spread of COVID-19, and later, most pleasure craft were also banned from operating within Canada’s Arctic coastal waters. Officials with Transport Canada said they were investigating. Smith could face a fine of $5,000 or more.

• In July, officials with the Canadian Football League’s Edmonton team said they planned to ramp up engagement with Inuit communities around the country over its controversial name. This followed a year-long “research and engagement program” that brought the club to Iqaluit, Inuvik, Yellowknife and Ottawa to meet with Inuit. The team later announced in July it would drop its name.

• Inuit-designed board game Nunami hits the shelves and draws a lot of interest from readers worldwide. An initial shipment of the game, by Nunavik’s Thomassie Mangiok, quickly sold out on Amazon. It’s still available at Nunavik’s co-op stores. Mangiok says he’s sent a new shipment to Amazon and plans to soon sell the game directly to the public at nunamigame.com.