Iqaluit’s top stories of 2021: A year of adapting, advocacy and taking action for Nunavut’s capital 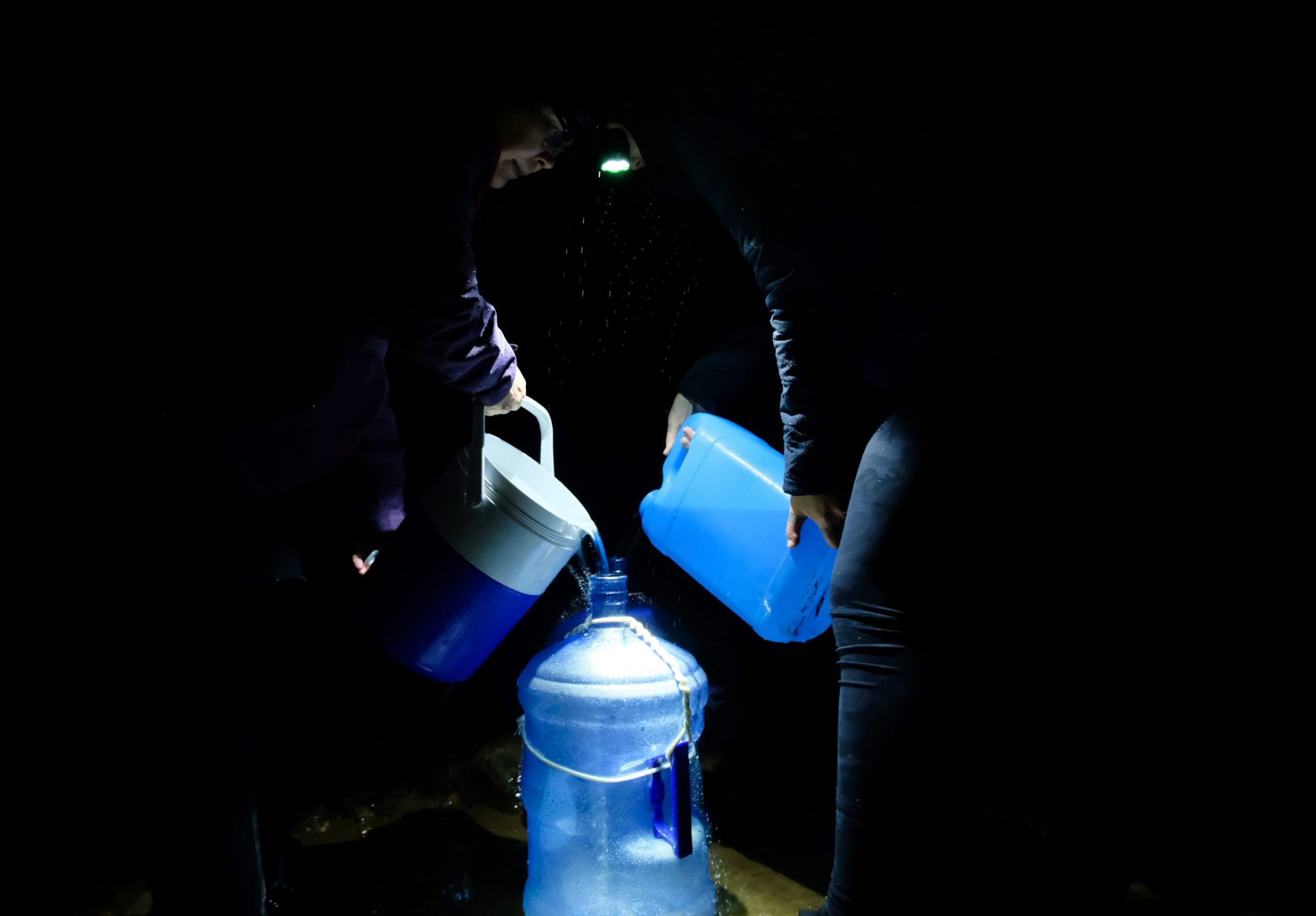 The night the do-not-drink order was issued in Iqaluit, residents filled jugs of water at the river in the rain. (Photo by Melanie Ritchot)

The year 2021 brought stories that affected Iqalummiut to national attention on multiple occasions with a water emergency, taking a different approach to Canada day, and a first-ever Truth and Reconciliation march.

It was a year for adapting, advocacy and actions for the territory’s capital.

Here are Iqaluit’s most important news stories of 2021.

1. Youth marched into the legislature to demand more suicide prevention

Iqaluit youth renewed calls for more mental health resources and more suicide prevention measures in the city and across Nunavut when they marched into the legislature building in mid November. Nunavut has the highest suicide rates in Canada and some of the highest rates in the world. In an interview after the protest, Grade 12 student Minnie Akeeagok said the suicide crisis is “to the point where we’re wondering who’s next.”

A couple weeks later, Rankin Inlet residents followed suit and rallied to end the stigma around mental illness and called for more permanent mental health staff in the community. Nunavut’s MP Lori Idlout then brought the topic to Parliament Hill in December, when she called on the federal government to offer better mental health support in the territory. P.J. Akeeagok, who was elected premier of Nunavut shortly after walking alongside Iqaluit youth in the march, assured Iqaluit and Rankin Inlet youth he’s heard them. In a Q&A with Nunatsiaq News, he spoke about how the territory could learn from the quick response it had to the COVID-19 pandemic and apply it to the mental health crisis. 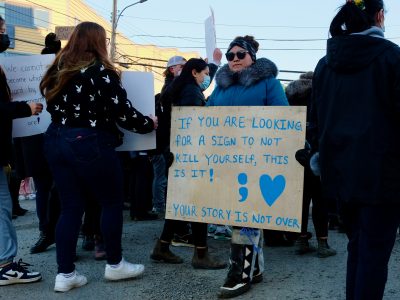 Nunavut’s capital city joined others across the country and came together to march on the first federally-recognized day for Truth and Reconciliation on Sept. 30.

The crowd, made up of over 500 Iqalummiut wearing orange T-shirts, made its way from the four corners intersection in town to Iqaluit square, where caribou was handed out. Leaders like Inuit Tapiriit Kanatami president Natan Obed were in attendance on the historic day.

Leading up to the National Day for Truth and Reconciliation, hundreds of unmarked graves were discovered at former residential schools, first in Saskatchewan, then across the country. Little shoes, representing the young lives lost too soon at residential schools, were placed on the stairs of churches in Iqaluit and flags were lowered across the city, including those at the legislative assembly. Then-premier Joe Savikataaq called for immediate accountability for all those responsible for the residential school system, apologies to the thousands impacted, and meaningful reparations.

Iqaluit Mayor Kenny Bell brought forward a motion to charge local churches property tax in light of the news, although the idea didn’t materialize. Then-MP Mumilaaq Qaqqaq and the New Democrats called on Ottawa to investigate potential crimes at residential schools in the International Criminal Court.

3. Fuel made the capital city’s water undrinkable for two months

After about a week of reports in Iqaluit that the city’s water smelled of fuel, and the City of Iqaluit reassuring them it was safe to drink, further testing detected hydrocarbons and led to a two-month state of emergency.

As the story developed over two months and national media outlets broadcast clips from Iqaluit, a patchwork system of supports started to materialize.

The city and the Government of Nunavut flew bottled water up to the community, monopolizing a big portion of cargo space on incoming flights. Cargo employees worked overtime to offload the large shipments, while volunteers handed it out at pick-up stations and delivered it to homes.

Things like ready-to-drink baby formula were sent up from the south and eventually, the military set up shop by the river to purify water. While Iqaluit residents demanded more transparency and information, the GN provided some water sample results, but still hasn’t released all the numbers.

Now, we do know the culprit behind the contamination was a leaky underground fuel tank from the 1960s. While the capital city experienced a water crisis — now resolved — communities across the territory experienced a five-year high for water advisories. Igloolik residents couldn’t drink their tap water for five months in 2021 and Clyde River residents were without potable water for most of November with issues at their water treatment plant. 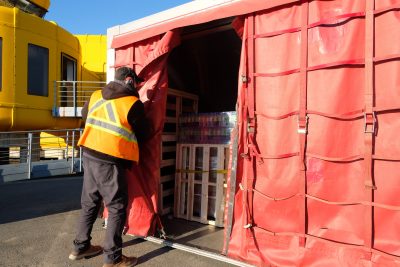 4. COVID-19 reached Iqaluit after a year keeping it at bay

After dodging COVID-19 for over a year, Iqaluit saw its first reported case of the virus contracted by a Canadian North employee in April, which they potentially caught in Iqaluit.

This prompted a full lockdown for the capital city as public health officials tried to figure out how the virus spread and whether they could trace it. The case was later linked to the U.K. variant of the virus and spread to other communities, like Kinngait.

Over the coming weeks the daily case count grew, peaking at 14 new cases, which brought the total active count to 75 on May 11. Public health nurses jumped from doorway to doorway, testing people for the virus at their homes to reduce more potential spread.

While many worked from home, essential workers kept the city running. With schools closed, students and parents saw a whole new set of hurdles, like unequal access to technology creating gaps in education and less access to food without schools open. The city’s outbreak was officially declared over on July 20, after 28 days without a new case reported.

5. Iqaluit was one of the first capitals to question Canada Day celebrations

Canada Day looked different for many Canadians this year, with a slurry of news and information about the horrors faced by Indigenous Peoples at residential schools and day schools coming to light.

Iqaluit was one of the first capital cities in Canada to decide Canada Day celebrations should look different in 2021, considering the legacy of colonialism and the harm done to Inuit in the creation of Canada.

Iqaluit opted for a more subdued celebration in 2021, with a focus on family time. About 100 residents gathered at the Four Corners to at an Every Child Matters remembrance gathering to honour children whose lives were lost at the “schools” as well.

Signs with “Canada Day” written with an “X” through the words could be seen. Other communities, like Rankin Inlet also cancelled its regular Canada Day programming, while others like Pangnirtung, opted to celebrate the holiday for the kids.