The region buckles down for the pandemic, work starts on Inukjuak’s hydro project and the main internet provider nearly hits capacity 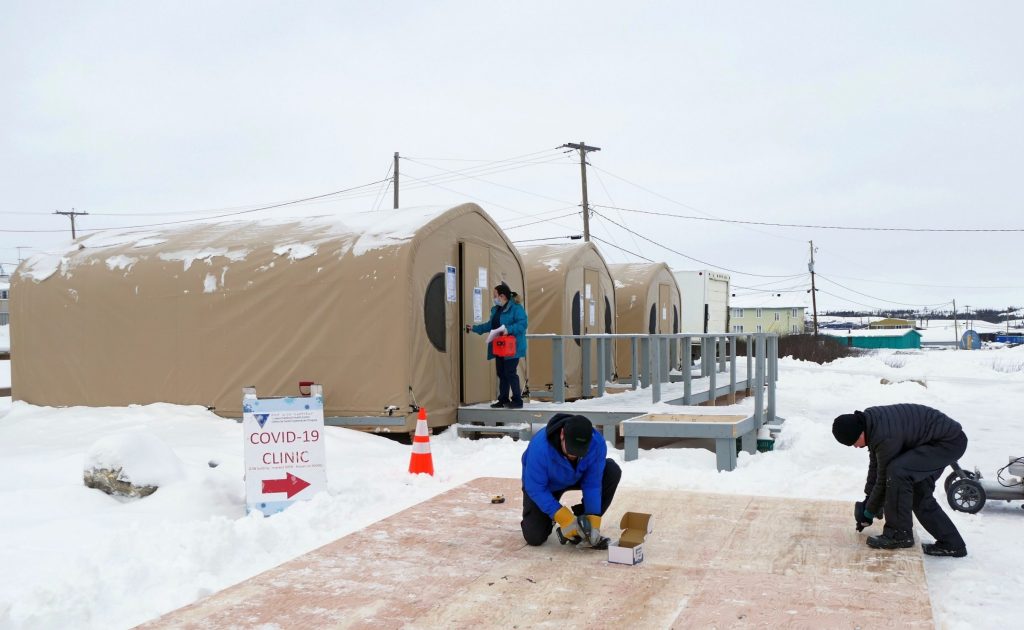 A work crew prepares a platform to set up a new tent outside of the Tulattavik health centre in Kuujjuaq on Nov. 13. The heated tents are being used by health care workers to give flu vaccinations and to administer COVID-19 tests. (Photo by Allen Gordon) 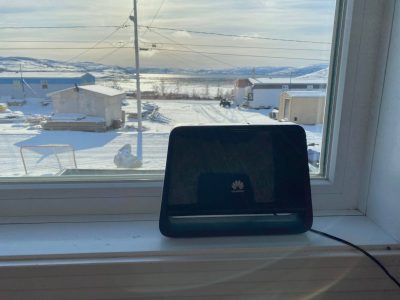 A modem sits in the window of a Kangiqsualujjuaq home. Many Nunavimmiut say they dealt with slow and sporadic internet connections throughout 2020. The region’s main internet provider, Tamaani, said it’s using almost 100 per cent capacity on its satellite. (Photo by Felix St-Aubin)

In a year that was dominated by news of a global pandemic, Nunavik was largely spared. The region was able to keep COVID-19 out — except for a few dozen mostly isolated cases — by restricting travel and keeping schools closed for several months.

Politically, it was a quiet year for Nunavik, with no major new projects or investments announced. One of the biggest challenges the regional government will face in 2021 is meeting the growing demand for bandwidth in the region, after its satellite capacity was almost maxed out this past year. 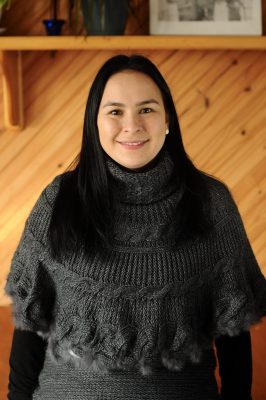 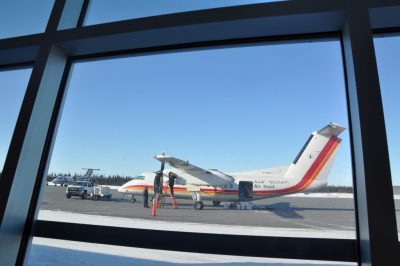 At the end of June, Air Inuit relaunched a reduced schedule of commercial flights across Nunavik. (File photo) 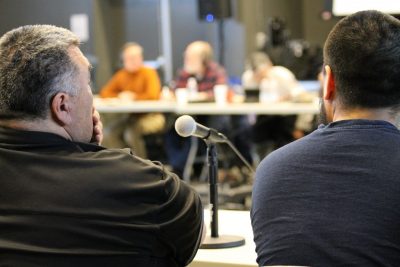 “My son was one month old when we started to debate about beluga. Today I have grandchildren and we are still debating,” said Quaqtaq’s Johnny Oovaut, left, seated next to his son Daniel, on Jan. 23 at a hearing on beluga management in the Nunavik Marine Region. (Photo by Elaine Anselmi)